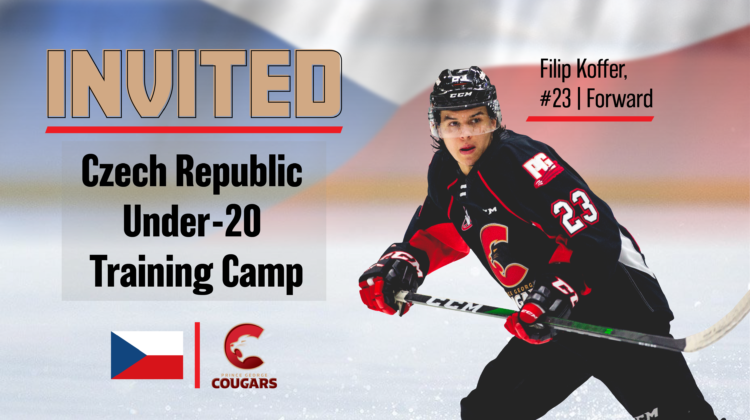 Koffer is one of 18 forwards invited to the camp that features 32 played.

The camp is part of the evaluation process for the Czech Republic’s World Junior Hockey Championship roster.

Koffer was the Cougars top rookie scorer with 24 points (9g-15a) in 59 regular-season games last season; he was seventh in team scoring.

The 19-year-old won a bronze medal at the 2018 Hlinka-Gretzky Cup in Edmonton.