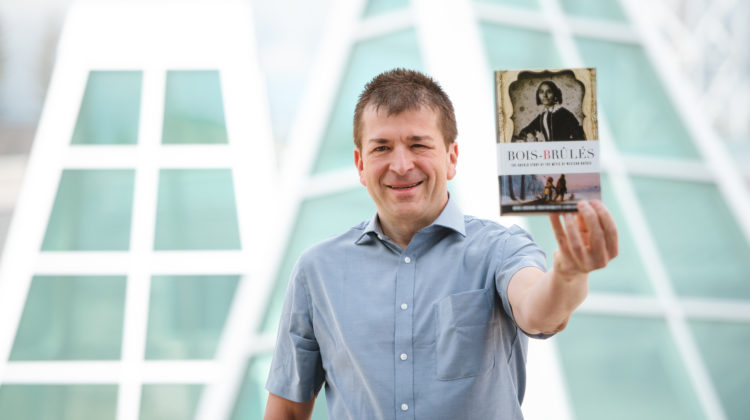 The Federation for Humanities and Social Sciences has selected a book co-written by a UNBC professor as the recipient of the Prix du Canada award.

The lucky winner? UNBC’s Anthropology Professor Dr. Michel Bouchard for his book Les Bois-Brûlés de l’Outaouais, which he co-authored with Dr. Sébastien Malette, an Associate Professor in the Department of Law and Legal Studies at Carleton University, and independent researcher Guillaume Marcotte.

Prix du Canada en sciences et sociales is the Federation’s most prestigious book prize and is given to the best French-language book in the humanities and social sciences published in Canada each year.

The book argues a historical Métis community exists in a specific region of western Québec, pointing to cultural similarities and ancestral links to established Métis communities in western Canada.

An English version of the book, Bois-Brûlés: The Untold Story of the Métis of Western Québec, was released in May.

“We wanted to research an aspect of Canadian history that has been overlooked,” said Bouchard, who added: “we want this book to further the discussion about what it means to be Métis in 2020.”