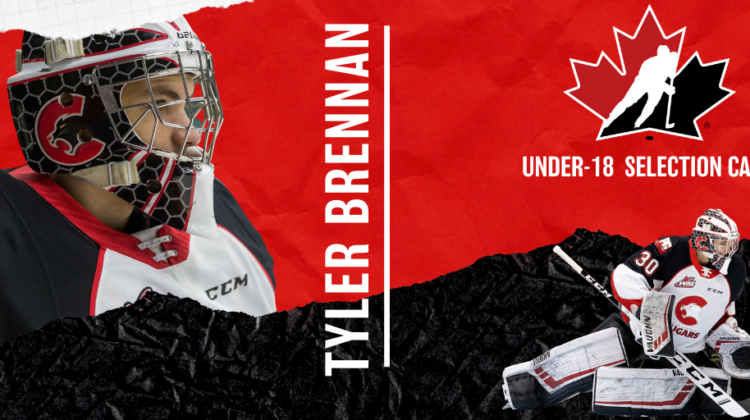 Brennan was one of 12 WHL players set to compete for a chance to represent Canada at the 2020 Hlinka Gretzky Cup before it was cancelled due to COVID-19.

“We’re thrilled to see Tyler get this type of recognition. It’s unfortunate the tournament is cancelled but for him to be considered one of the top players in the country for his age group is a well-deserved honour,” said Cougars’ General Manager & Head Coach, Mark Lamb.

Brennan, 17, was one of six netminders invited to the camp.

As a 16-year-old rookie, Brennan posted four wins, to go along with a 3.34 goals-against average and a .887 save percentage.

Brennan has worn the Hockey Canada jersey before, having played for Team Canada White at the 2019 World Under-17 Hockey Challenge last November.