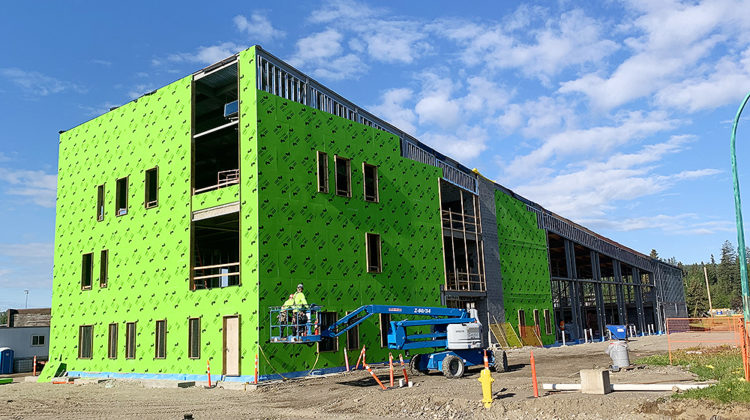 The site of the new fire hall (City of PG)

The Fire Hall #1 replacement was a big topic of discussion, as it is projected to go $2 million over budget.

$15 million was originally set aside, but the projected price tag has gone up to $17 million.

Prince George’s director of engineering Adam Holmes gave several reasons for the extra spending, saying the building itself got bigger.

He also said more room was needed for fire dispatch, mechanical rooms, and room on the first floor for the working department.

The project is expected to be completed and operational in the fourth quarter of this year.

However, the extra cost had some councilors up in arms.

“I am concerned it is an extra two million,” said Councilor Brian Skakun.

“Maybe there wasn’t enough homework done at the beginning of what the actual costs are going to be, COVID aside.”

Going over budget by that amount of money is ‘frustrating and unacceptable,’ added Skakun.

That motion will be referred back to the Finance and Audit and Audit Committee before it gets approved.

As it stands right now, cumulative budget amendments in a calendar year may be approved by City Staff up to five percent of the total operating budget.

If the amendments total five percent or over, they must be approved by council instead.

The downtown pool has also been feeling a pinch due to COVID-19, as it is still in the procurement phase.

The design is complete, but the city is waiting on a grant from the federal and provincial governments.

Prince George was not successful in obtaining a previous grant through Canadian Tire, worth half a million as the program was canceled as a result of the pandemic.

The next capital project update is scheduled for November, but Councilor Ramsay floated the idea to bring the update to a full council meeting instead of just the finance and audit committee.