20 new COVID-19 cases in BC, including public school teacher in Fraser Health 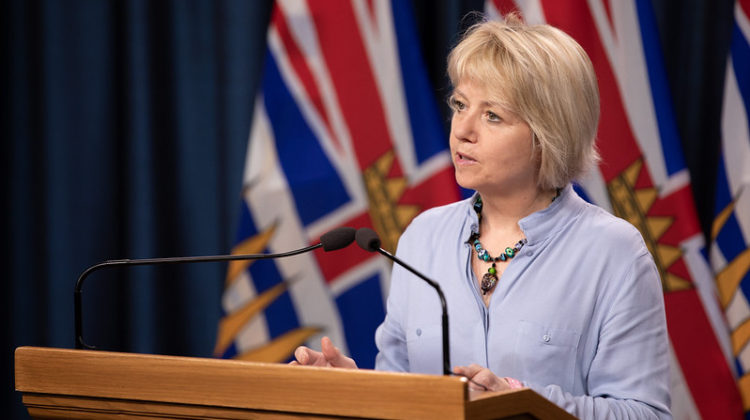 Northern Health has not reported any new cases in over two weeks.

15 individuals remain in hospital, 7 of whom are in critical care.

There have been 2 more deaths, and 173 British Columbians have now passed away since the start of the pandemic.

One of today’s test-positive cases occurred in a teacher at a public school in Fraser health.

The teacher contracted the virus through one of their social contacts, and public health officials say the case did not lead to any exposure events at the school.

Dr. Henry also acknowledged the shift to phase 3 of the BC Restart Plan, explaining more businesses may be able to reopen.

Minister of Health Adrian Dix said today (Thursday) was a record-breaking day for new COVID-19 infections in the United States, emphasizing the importance of COVID-19 precautions.

Dr. Henry said she would “absolutely not compromise the health of British Columbians” to accommodate the NHL, even if it meant having Vancouver declared a hub city.

The breakdown by health authority: