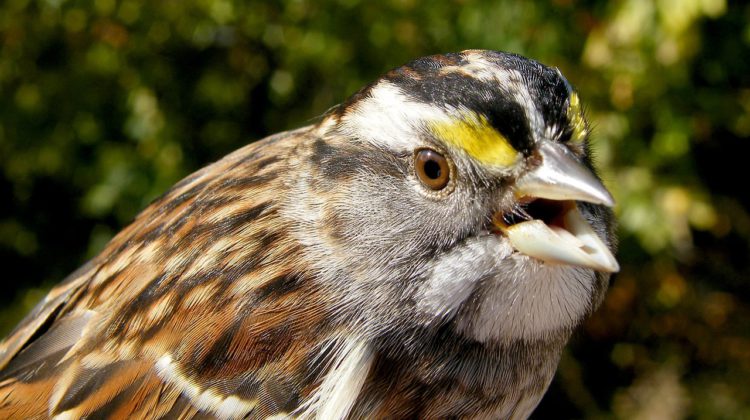 UNBC biologist Ken Otter has tracked a sparrow song that travelled over 3,000 kilometres in 19 years.

The viral song moved across Canada between 2000 and 2019 and marks a rare departure from tried-and-true bird songs.

Although researchers still aren’t sure why, it seems white-throated sparrows from B.C. to central Ontario have stopped using a traditional three-note-ending song, preferring a novel two-note-ending variant.

These findings were published in a study released yesterday (Thursday) in the Current Biology journal.

“As far as we know, it’s unprecedented,” said senior author Ken Otter, a biology professor at the University of Northern British Columbia, adding:

“We don’t know of any other study that has ever seen this sort of spread.”

Some bird species may change their songs over time, but these sorts of changes usually stay in local populations becoming regional dialects rather than a widespread change.

In the 1960s white-throated sparrows whistled a song ending in a repeated three-note triplet, but by the time Otter moved to western Canada in the late 1990s, the new two-note ending had already invaded local sparrow populations.

“When I first moved to Prince George in British Columbia, they were singing something atypical from what was the classic white-throated sparrow song across all of eastern Canada,” he said.

Over the course of 40 years, songs ending in two notes had become universal west of the Rocky Mountains.

In 2004 the song had spread about halfway through Alberta, and by 2014 every bird in Alberta was singing it – and it was starting to appear as far away as Ontario.

The research team discovered the birds may have picked the song up in their overwintering grounds.

They outfitted sparrows with geolocators described as “tiny backpacks”, and were able to show the song spread when Western and Eastern birds spent winter together.

Otter and his team found the new song didn’t give male birds a territorial advantage over male counterparts, but still want to study whether female birds prefer the new tune.