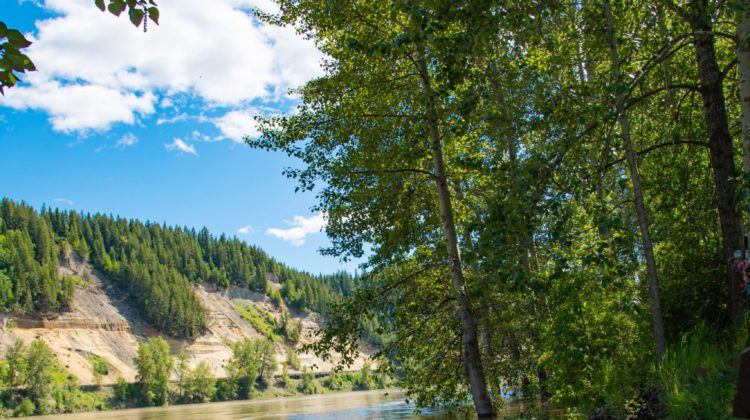 The river level at Paddlewheel Park in early June. (City of PG)

Heavy rainfall that occurred over July 1st and 2nd throughout the province has led to some flooding concerns throughout parts of BC’s interior.

A flood warning was issued for the Upper Fraser near Prince George yesterday (Thursday) morning and has been maintained.

However, as the water in tributary creeks and streams moves throughout the region, peak levels may still be a day away.

“The upper Fraser basin as well, we expect to see that peak as we come into the next couple of days through the Prince George area,” said Dave Campbell, head of the BC River Forecast Centre.

“At this point, it’s largely rain-fall driven events,” he added, explaining snowpack is no longer a driving factor.

Up-to-date information can be found on the BC Government’s Website.