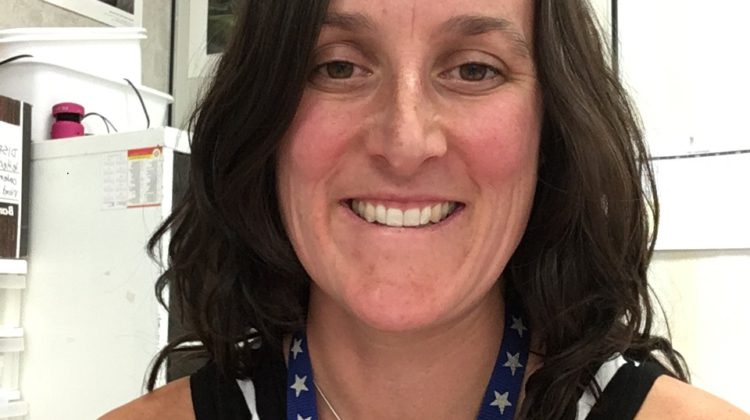 A Grade 5 and 6 teacher at Prince George’s Ecole College Heights Elementary, Tamara DeFord, is being honoured as the British Columbian Association of Mathematics Teachers’ (BCAMT) Outstanding Elementary School Teacher for 2019-2020.

“11-year-olds are really great at keeping you humble because I certainly don’t feel like I go into the classroom every day and have things work out perfectly. But it’s nice to be recognized for work that I’ve put in,” said DeFord

“When I visit Tamara’s classroom, her kids are always up and moving and doing math. She’s always getting them to do their learning, she’s not just a stand-and-deliver teacher. She’s very hands-on and she then builds their capacity by having them engage in some self-directed learning projects,” Fanshaw explained.

DeFord has been at Ecole College Heights Elementary for 3 years and has spent 13 within SD57.

She has also taught at Quinson Elementary and Pineview Elementary and is notably this year’s only BCAMT recipient from Northern BC, with the other four being from the Lower Mainland or Vancouver Island.

“It’s awesome to have people recognized in the north, for what we’re doing for our district and our students,” Fanshaw concluded.