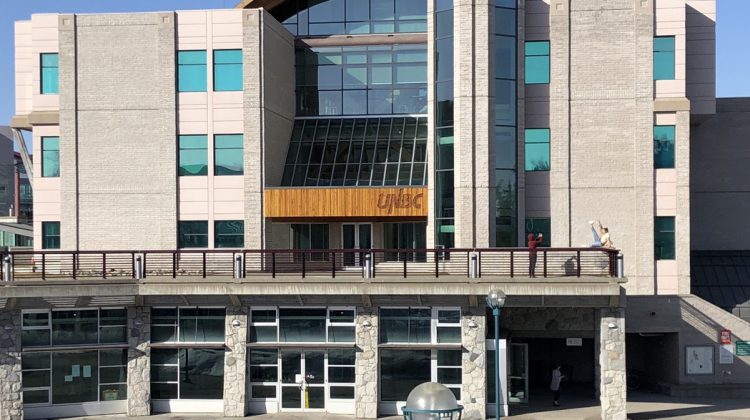 The UNBC Board of Governors has approved a balanced budget, but not without making some tough choices.

The combined general operating and ancillary services balanced budget for the upcoming year is worth $105 million.

However, due to budgetary challenges, Interim President Doctor Geoff Payne says they had to eliminate 21 CUPE, exempt, and faculty positions.

Eight of those positions were CUPE 3799 staff and 12 were vacant.

“We did set up principles in terms of ensuring we wouldn’t impact the core mission of the university. Students, faculty, research, teaching and the infrastructure to support that,” said Payne.

“Although everything is extremely important at the university, those are the terms we used in making those extremely unfortunate, tough decisions.”

The university was dealing with a potential deficit of $3.4 million.

They were able to trim that number down by $1.4 million by eliminating the positions.

Other operating expense reductions were cut, as well as temporary adjustments of allocations to reserves that have sufficient balances to maintain activities at the same level as previous years helped the Board cut an extra $2 million from the number.

Tuition will also be increased by two percent for all students.

About 60% of the University’s General Operating Fund revenue is provided by the Government of B.C., while approximately 23% comes from tuition and fees.

Wages and benefits account for about 70% of the University’s total operating expenditures.

The tuition fee for an average full-time undergraduate student is now $5,533 per year, an increase of $109 (2%) from last year.

The budget decision was made before the pandemic.

“We still have not fully realized the impacts that COVID-19 is going to have on the institution,” said Dr. Payne.