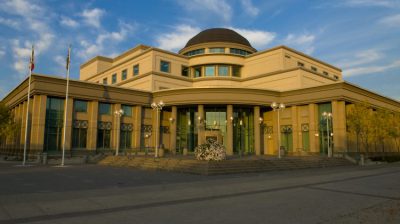 Today (Wednesday) the BC Prosecution Service confirmed Tl’az’ten Hereditary Chief Edward John elected to be tried by Supreme Court Judge and Jury and entered not guilty pleas to all charges.

This, according to Dan McLaughlin, communications counsel for the BC Prosecution Service.

John has been accused of – and charged with – four historic sexual offences alleged to have occurred in the Prince George area between March 1st and September 15th of 1974.

In November 2000 John was appointed Minister of Child and Family Services for the Province of BC and served as Minister until June 2001.

UNBC also recognized John as a community leader for his role in establishing content that is “accessible and relevant to northern First Nations,” during the founding of the school.

John has been charged with having sexual intercourse with a female without her consent.

The matter has been adjourned to July 16th before the Judicial Case Manager to fix a date for the pretrial conference and Preliminary Inquiry.