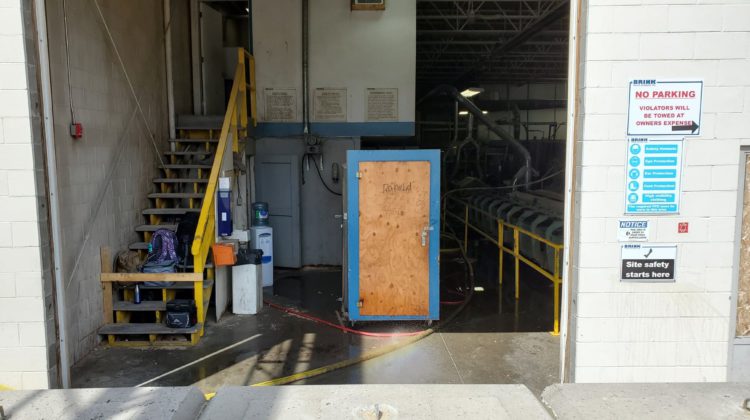 Prince George Fire and Rescue have issued a statement saying the cause of the fire is under investigation.

At approximately 1:30 pm total of nineteen firefighters from four fire halls were dispatched to the scene.

On arrival, crews found a large chip pile on fire in the building.

On-site crews were containing the fire.

There were no injuries to fire personal or Brink staff.

Witnesses report the fire is now under control. 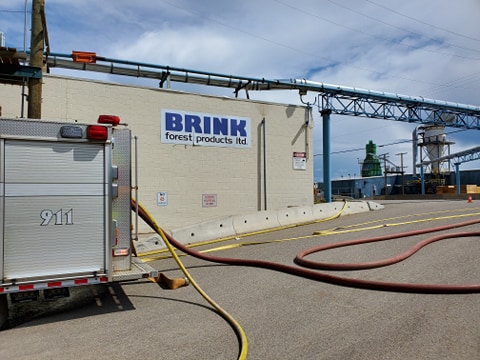 Four fire halls are on the scene of a structure fire at Brink Forest Products in Prince George.

Prince George Fire and Rescue confirms it is assisting Brink with extinguishing the blaze.

Heavy smoke can be seen coming from the building and staff have been evacuated.

River Road has been closed while crews are on the scene.

The Cameron Street Bridge has also been temporarily closed.

Witnesses report two fire trucks, and at least one ambulance at the location.