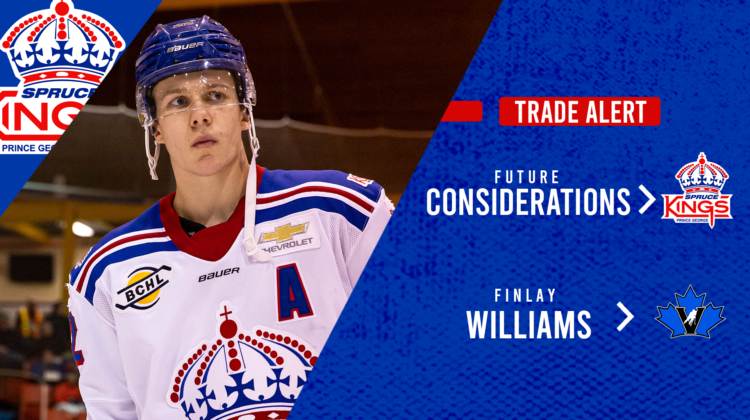 The Prince George Spruce Kings have traded forward Finlay Williams (’03) to the Penticton Vees in exchange for future considerations.

Williams also had 2 goals and 1 assist in 12 playoff games with the club.

The 17-year-old from North Vancouver is also committed to play NCAA Division 1 Hockey at Michigan University.

Prior to joining the Spruce Kings, Williams spent the 2018-19 campaign with the Burnaby Winter Club of the CSSHL, where he had 42 points in 32 games.

According to a release sent out by the Kings, Williams requested a trade following the end of the 19/20 season.