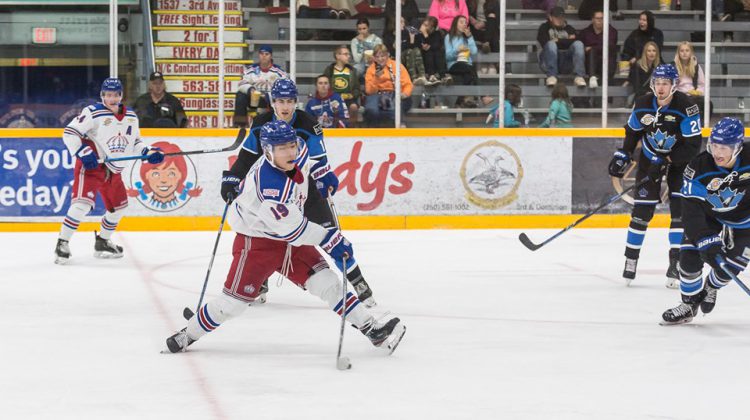 Fans of the Prince George Spruce Kings will have to wait until the winter to see them drop the puck.

On Friday, the BCHL announced a tentative start date of December 1st for their regular season, pending approval from the Provincial Health Office.

“To have a specific date now that we can shoot for when it comes to ticket packaging and sponsorship planning, it takes a little bit of the guesswork out of the business side of things and also I believe this excites our players.”

When asked if the later start date might allow them to have more fans in attendance, Anderson noted that’s still up in the air.

“We know that Prince George fans are passionate and they are going to want stuff to do when things open and whatever the capacity number happens to be we’re pretty confident our fans can fill the building to that capacity.”

League commissioner Chris Hebb mentioned that the later start increases the BCHL’s chances of a much smoother season.

“Pushing it back to a December 1st start date gives us a heck of a lot better chance of not having an interruption, now they aren’t guaranteeing that (Provincial Health office) but the idea of the virus kicking in again during the flu season is something we’re concerned about.”

Hebb states getting in the majority of games is still possible under the condensed format.

“We think we can get a season minus ten games, so we were  going for a 54-game season so we are thinking maybe 44 or 46 games would get us to the end of May.”

Now the updated schedule does pose a slight conflict as the 2021 Centennial Cup in Pentiction is slated for May.

Hebb mentioned the BCHL is still in talks with Hockey Canada on potential solutions.

“It’s a long way off but we need to plan and so we have put a plan in place and we’ll wait to see what their decision is on the Centennial Cup.” 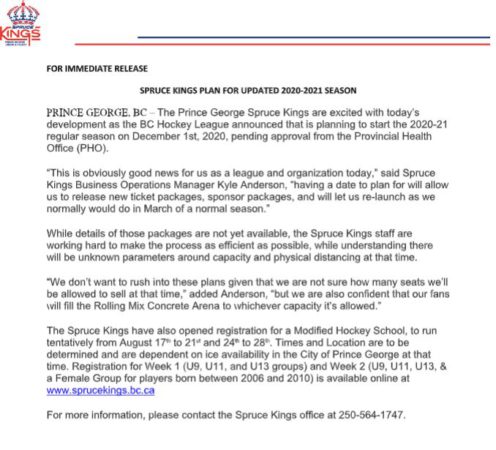 Teams will also have the option to hold an extended training camp from September to November.

“At least give the kids the option to come in a safe environment and go through a training camp and if we have to extend it until the start then that is an option we should offer.”

For a link to the full announcement, click here.