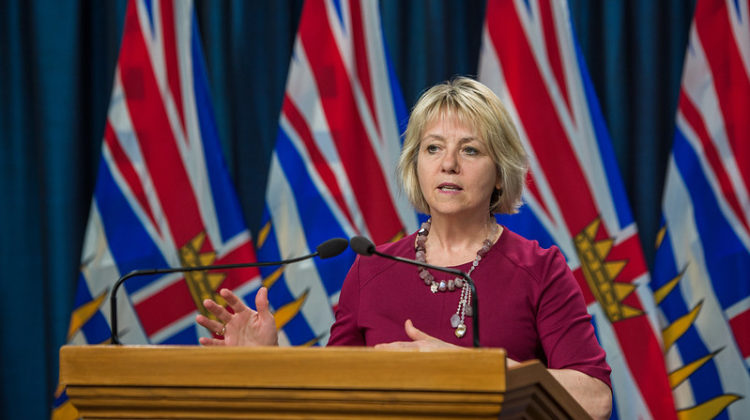 There are 28 new COVID-19 cases in British Columbia, bringing the provincial total to 3,198.

Northern Health, which had previously gone 37 days with no new infections, is reporting 3 new cases.

“They are in three different communities, and there are different situations for each of them,” said Provincial Health Officer Dr. Bonnie Henry.

She said two of the cases are linked to travel, one from out of province, but added Northern Health’s Investigation remains ongoing.

Currently, 207 cases are considered active, including 18 people in hospital, 2 of which are in critical care.

No new deaths have occurred, and the total remains at 189 deaths.

An Alberta worker at the Site C work camp in the province is one of the new cases.

Dr. Henry said testing status will be added to the list of questions for workers crossing provincial borders, as the Site C worker was awaiting the results of a COVID-19 test when coming from Alberta.

Additionally, a new healthcare outbreak has been declared in association with a Neonatal Intensive Care Unit in Vancouver.

One infant has tested positive but is not currently showing symptoms.

Vancouver Coastal Health has also issued a warning of potential community transmission at a lower mainland hotel between July 7th and July 16th.

A community outbreak associated with downtown Kelowna has also been linked to 35 cases.

The breakdown of cases by Health Authority:

Tags: BC GovernmentCOVID-19Ministry of Health