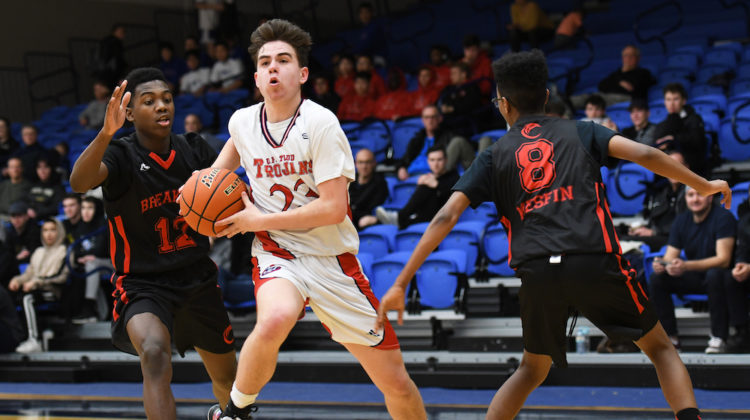 He has been watching Timberwolves games since he was a baby.

Now, he will take the floor in a TWolves jersey.

Sale, who is a combo guard with an innate ability to score the basketball, grew up soaking up all his opportunities in Northern British Columbia.

He has long played Junior Timberwolves under the eye of UNBC coach Todd Jordan and Aaron Brouwer, and more recently, he trained with Jordan Yu at Northern Bounce.

Those experiences, along with playing for his Dad, Greg Sale, who a two-time National Champion with the Alberta Golden Bears and now coaches his son at DP Todd Secondary, gave Cam the ideal combination of influences as he pursued post-secondary basketball.

Standing six-feet tall, Sale has never been the biggest player on the court, but he makes up for it with savvy and body control.

In one game at the BC Provincial Championships this year, he buried ten three-pointers against J.L. Crowe.

“I think I am a really good slasher, and that is my game. But I can also shoot. I can be streaky, and if it’s not falling, I try to get to the rim. Defensively, I have really improved the last three or four years. I wasn’t a very good defender before, but now I like the challenge of guarding the best player of the other team,” said the 17-year-old.

He concludes his high school career as a three-time City All-Star, a two-time Zone Most Valuable Player, a Zone Defensive MVP, and a two-time BC Provincial All-Star.

The Principal’s List honoree intends to pursue a Bachelor of Arts at UNBC, with the goal of becoming a PE teacher.