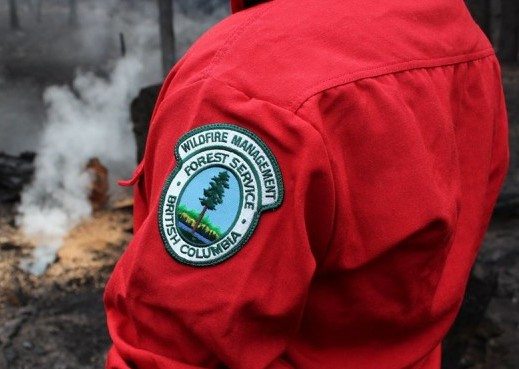 (Photo supplied by BC Wildfire Service)

The Prince George Fire Centre responded to 11 incidents over the BC Day long weekend but no wildfire activity to report.

Spokesperson, Rachelle (Rachel) Winsor told MyPGNow.com it was good to see some rain, which helped lower the fire danger rating.

“It was good to see some more precipitation and we were actually able to go back down to a low to moderate danger rating where last week it was moderate to high so it was kind of a relief to get the rain over the weekend.”

“Historically for this time of year when we get lightning that’s a pretty big concern because a lot of it is dry. This week, we are forecasted to get more lightning but again, a fair amount of precip is expected so we have more unsettled weather patterns, which isn’t great for people who want to get outside but it’s great for us.”

The rest of the province wasn’t as lucky with 98 wildfires occurring since Friday.

“The majority of the fires that started this past weekend were in the Kamloops Fire Centre with a significant number in the Coastal Fire Centre along with some activity in the southeast.”

A cooling trend is expected in PG this week with temperatures dipping to the high teens.

For a link to the most up-to-date activity, click here.