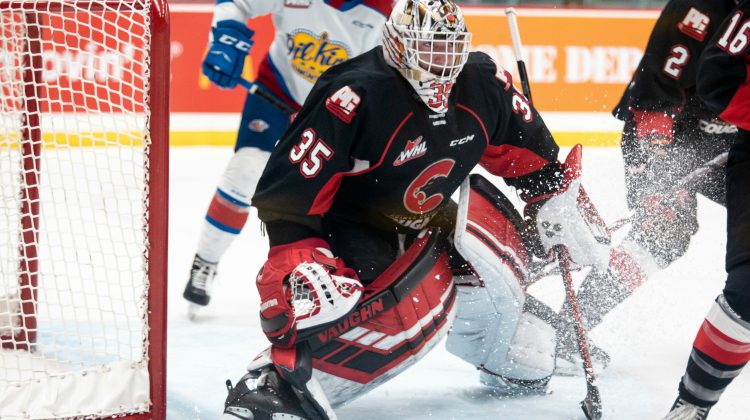 It will be at least December until we could see the Prince George Cougars take the ice.

The Western Hockey League announced today (Thursday) it is now scheduled to open its 2020-21 Regular Season on Friday, December 4th.

The league remains committed to playing a full schedule of 68 games, followed by four rounds of playoffs.

“We are a spectator driven business primarily and we are at the point right now that this COVID situation is so unique, dramatic, and difficult that we’re all understanding that revenues are going to be a lot different than other years and we have to find a way to cope.”

“Governments from all six of our jurisdictions have been met with extensively with the various task forces and right across the board, the government people are happy and appreciative of the work we are doing to make sure we have solid plans for our player safety.”

“At this point, being able to operate even if it’s at a limited capacity is better than not operating so everyone is quite content to face reality and just move forward. It might not what we want it to be but it’s better than the alternative of doing nothing.”

When asked if there is a possibility of an extended training camp, Beesley says that option is not on the table.

“We are not prepared or interested in bringing our players in until we can do it consistently across the league so that we don’t have one team that’s got months of training with their players and another that doesn’t have any so the entire league wants some consistency there but we are not going to do it until we have a solid safety plan for our players.”

“We also want them to register for school in their own hometowns right now until the situation is a little more settled.”

Beesley confirmed the later start date means the Memorial Cup will be pushed back to June.

He added they won’t know what the schedule will look like until health officials give the approval to proceed.

The WHL has announced an adjusted start date for the 2020-21 Regular Season.