Pony up! The “Champ” arrives at Exploration Place 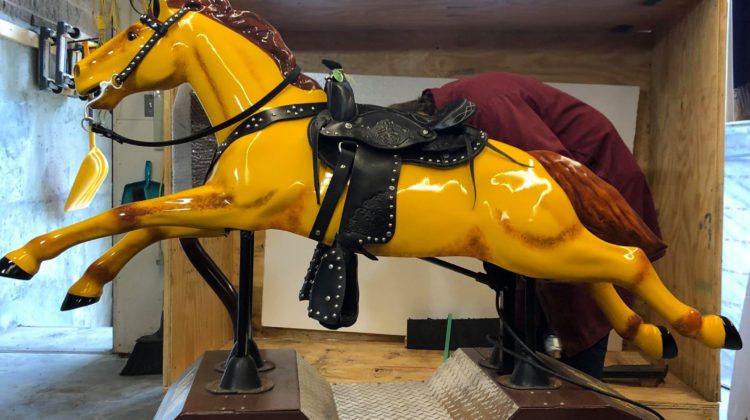 The replacement for the old Champion ride-on horse was unveiled today (Friday) at Exploration Place Museum.

Chief Executive Officer of Exploration Place, Tracey Calogheros unveiled the vintage riding horse that has been refurbished for Prince George.

“A big part of heritage interpretation in today’s world is really is about trying to get people engaged in history, and when you have an artifact like a ride on horse that the entire communities have memories of riding on, you don’t want to put it in glass,” said Calogheros.

“The Champion” initially came from Northern Hardware after it closed down this year, and after staff at Exploration Place dissected the horse, it was determined he would not be able to handle strenuous riding from the public.

Champ was originally built in the 1950s and arrived in Prince George after being shipped from Florida. 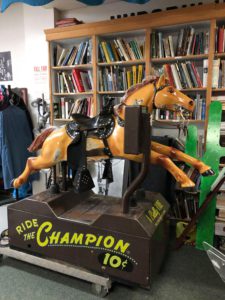