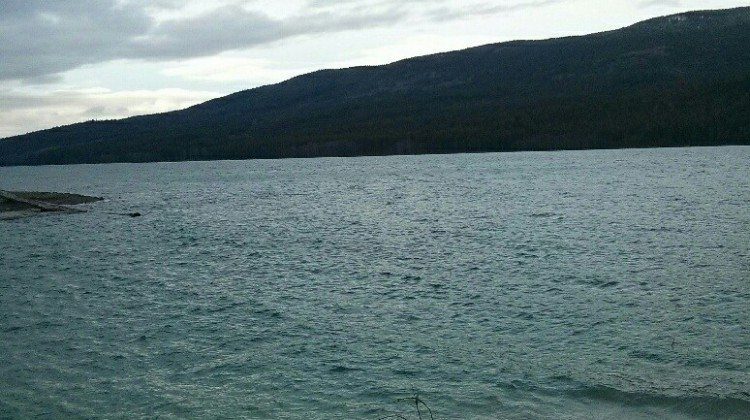 The Mount Polley mine spill is still having significant effects on the Quesnel lake, and its environment to this day, according to a recently published study.

Six years ago, the Mount Polley gold and copper dam collapsed and sent millions of cubic metres of tailing (residue of ore) into the Quesnel Lake. The spill was one of the most massive mine-related spills ever documented at the time, dumping 18 million cubic metres of wastewater and sediment into the lake.

The research found at that turbidity, or cloudiness, in portions of the lake increases each spring and fall when the lake mixes from top to bottom in a natural process called turnover. An estimated 12.8 million cubic metres of tailings (enough to fill 5,100 Olympic-sized pools) were deposited in the lake.

The lake’s turbidity has increased during spring and autumn turnover due to resuspension of the spilled material off the lake bottom. The research used 11 years of water column measurements to show that as the lake mixed from top to bottom, the contaminated deep water was brought to the surface, abruptly changing the colour of the clear blue lake to an abnormal bright green colour.

This process, and the continuous discharge of excess mine wastewater directly into the lake raise concerns over the seasonal mobilization of mine contaminants and their impact on aquatic ecosystems.

Phil Owens, a professor in the environmental science program at UNBC and a research chair in landscape ecology, said several impacts for the residents who use the lake.

Owens noted that most of the information received from Interior Health said that the water is fine for drinking and shouldn’t be a concern for the residents currently, as it might have been in the past.

He continued that the ecosystem and the organisms that live in the sediment creates possible issues.

“There’s a lot of organisms, for example, that live in the sediment in the bottom of the lake, so if that sediment is contaminated, that’s an issue. It adds to their body burden. That would be things like invertebrates, phytoplankton, zooplankton, and then things higher up the food web, which would be things like migrated salmon and resident trout eat those organisms,” he said. “If they have a higher body burden of some of these metals, then there are potential issues with toxicology there.”

First Nations, lake residents, and environmentalists have all been concerned about the long-term effects on the dam collapse.

Owens said that the spill’s effects would see both short-term and long-term impacts for the next five to 20 years.

“The resuspension of the fine sediment that we have identified going on an annual cycle from 2014 to 2020, that is likely to dampen down as both the sediment at the bottom of the lake gets consolidated, and the more mobile layer gets sort of flushed out into the river and then more dissipated up the lake,” he explained. “Some modelling work by the University of British Columbia has shown that this resuspension is getting less and less each year, but perhaps come another five or ten years we might expect it to stabilize to the conditions prior to the spill.”

Owens noted that the long-term effects may take a while to show, but could affect the fish that migrate to the lake, and the trout that call the lake home.

He said that though the study is over, it will still have time to see the full effects that the spill has had on the lake and the organisms that call it home.

“What we are finding is because of the fact that we are still seeing important physical and chemical processes, we do need to be looking at the lake at least for the next five to ten years to understand the sort of processes that are going on,” Owens said. “We also need to do a much more comprehensive evaluation of how some of the toxic chemicals are getting into the food web.”