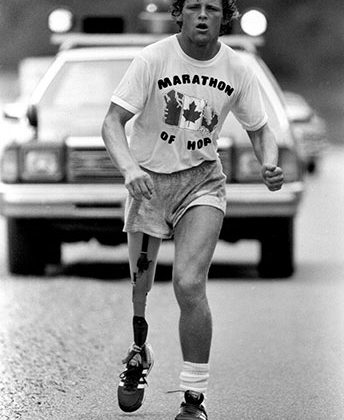 The pandemic has caused many charity events to improvise this year and the Terry Fox Run is no exception.

On September 20th, residents of Prince George are invited to raise funds for the Terry Fox Foundation by participating in the 5k run, walk or wheel virtually.

To maintain safe social distancing, all participants will be able to participate in the 5k wherever they choose.

“We just want to unite people in spirit, not in person,” says Scott McWalter, Lead Promoter of the Terry Fox Run.

“COVID-19 has taken a real big hit on the Terry Fox Foundation as far as there fundraising dollars,” adds McWalter, “it’s just a great opportunity for people to celebrate Terry’s legacy and donate a few dollars to the foundation’s incredible work.”

The Terry Fox Foundation raises funds primarily for Cancer research, McWalter says, “it has one of the lowest cost per-dollar raised I’ve ever seen, which means pretty much every dollar goes towards research, as opposed to going towards marketing or administration.”

In light of the pandemic, this year McWalter hopes Prince George raises $5,000 for the foundation.