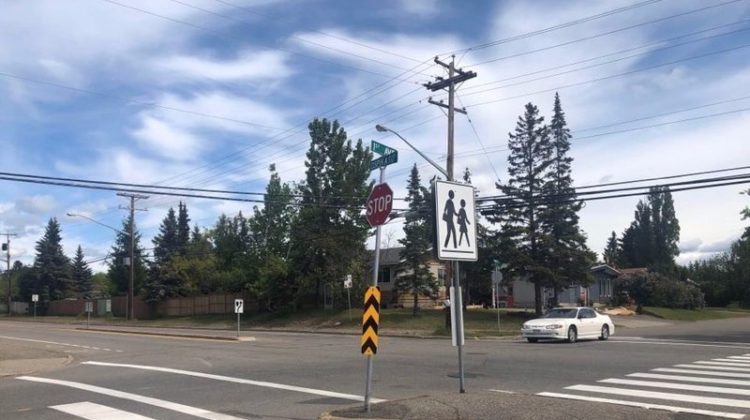 File Photo: The intersection at First and Ospika (Submitted by Mavra Lode)

The intersection of Ospika and First Avenue is one of multiple ‘high priority’ locations identified for a crosswalk upgrade by the City of Prince George.

The location is now set to be upgraded later this year, according to a report to council.

A petition was launched in June calling for a pedestrian controlled crossing at the intersection after an 18-year-old was struck by a vehicle and seriously injured at the location.

The report says getting everything done within the decade will require over triple what Prince George spends annually on sidewalk improvements according to city transportation supervisor Chris Vliegenthart.

The current Pedestrian and Traffic Safety Improvements Program is budgeted at $150,000 a year.

However, the report says the funding is not sufficient to meet, ‘within a reasonable timeline,’ the current demand for upgrades in order to comply with  the new Transportation Association of Canada Guide.

At the current spending level, it would take the city more than 35 years to install and upgrade the crosswalks to meet the new standards, Vliegenthart wrote.

The cost of a single marked crosswalk ranges from $5,000 for some signs and painted pavement markings, up to $300,000 for crosswalks with pedestrian-activated traffic signals.

Funding for crosswalk improvements is part of the city’s capital spending, not its operational budget.

Prince George currently has 169 marked crosswalks, excluding those at intersections with traffic lights and those on provincial highways according to the report. 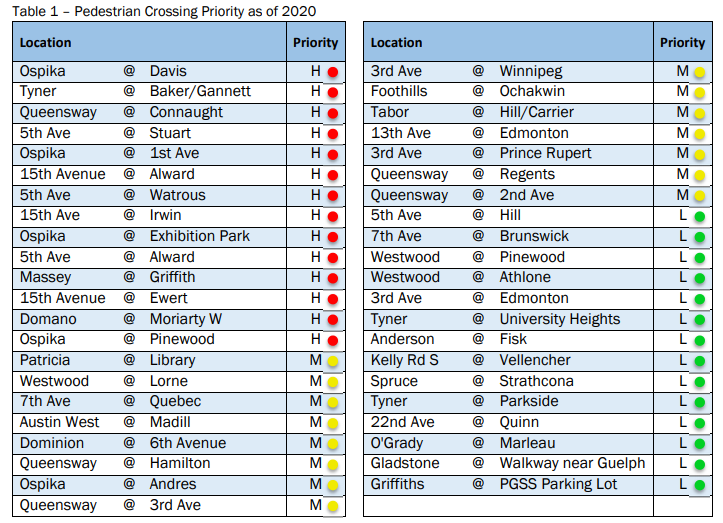 The list of upgrades, by priority. (City of PG)