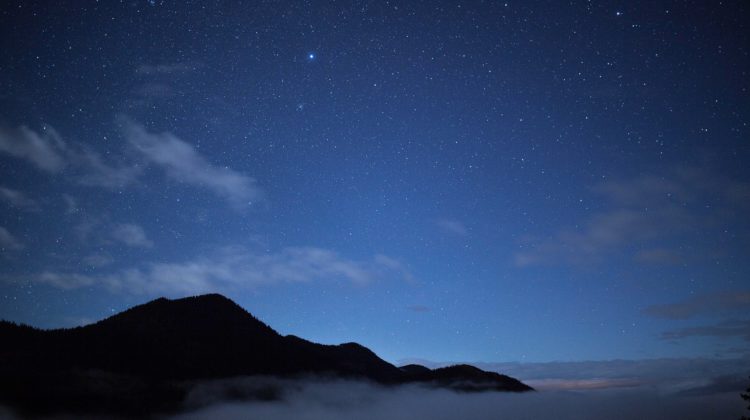 Prince George is expected to showcase a very rare sight this weekend.

According to Blair Stunder of the Prince George Astronomical Society, both Jupiter and Saturn will be visible in the sky tonight (Saturday).

Jupiter and Saturn only overlap every 13 years or so, as Jupiter takes around 11 years to orbit and Saturn takes nearly 30.

“Starting at about 6:30 in the evening, the first one you’re going to see rise in the east is going to be Jupiter,” says Stunder, “It’s going to be really, really bright.”

Stunder encourages PG residents to take out binoculars and check out the rare occurrence.

“Saturn will be following about 15 minutes after Jupiter, but if you went out at about 10:30 in the evening and looked straight south, what you’d see is Jupiter and Saturn, and they will set around 2 o’clock in the morning.”

■ Now the eastward-marching Moon shines closer to Saturn than to Jupiter, as shown above. The three…

Jupiter and Saturn are the fifth and sixth planets furthest from the sun, respectively and are the two largest planets in our solar system.

To learn more about the Prince George Astronomical Society, visit their website.