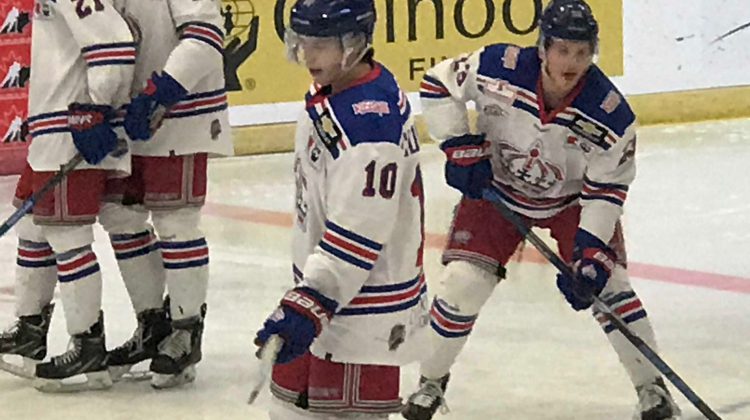 On Tuesday, the Prince George Spruce Kings announced that the 19-year-old local product has committed to
Merrimack College.

“I am very happy for Corey and his family for many reasons. He is a local Prince George kid, he comes from a great family, and he is going into his fourth year as a Spruce King,” said GM Mike
Hawes.

“Corey understood the process as a young player. He was patient, absorbed as much as he could, and he learned from our coaches and the very good players he was surrounded by.
Now he is a veteran leader on our team and is very deserving of this opportunity.”

Cunningham is coming off his best year as a Spruce King where he tallied 26 goals and finished with 44 points last season.

The PG product was also a member of the 2018-2019 championship team where he potted  5 goals and 5 assists in 17 playoff
games.

Brar finished his freshman year with 5 goals and 5 assists in 32 games.