BCHL and Spruce Kings prepared to play without fans 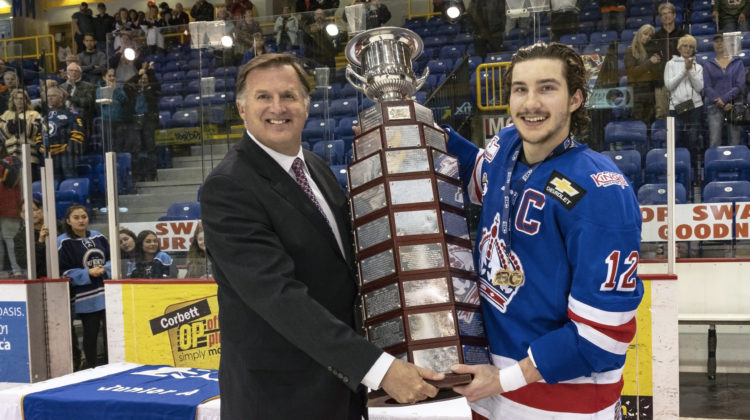 The Prince George Spruce Kings will be hitting the ice this season.

Today (Friday), the BCHL unveiled a back-up plan to fulfill the upcoming season if the Provincial Health Office doesn’t allow fans in the stands, taking away gate revenue for all teams.

Commissioner Chris Hebb told MyPGNow.com while a plan is in place to begin in early December, not all the details have been ironed out.

“We don’t have the length of the season yet because there are still teams that have to come back and tell us what their arena situations are but we will have a 30-40 game season.”

“As time passed, it became more and more clear that 25% is going to be a tough sell with the provincial health office but we also felt we owed it to the players and fans to have an alternative.”

For the first time in league history, players will be asked to pay an amount beyond their billet fees, an adjustment they didn’t bat an eyelash too.

“And when you think about what a season means to these kids we are getting very little feedback in terms of the fact for the first time in 60 years may have to contribute with the tuition associated with playing in the league.”

If and when crowds of some sort will be allowed, Hebb is confident this will take some of the burden off players, owners, sponsors, and the government.

“And that could end up having an effect on what the players obviously because now we would have our traditional revenue stream starting up, it won’t cover all of the costs because we lost so much money not playing in the playoffs last year and also for the beginning of this season”.

As for how much money each ownership group is prepared to lose, Hebb added the reaction has been pretty positive up to this point.

“Our guys have been incredible. As we sit here today, there’s not one single team that is indicating they are taking a year off, and who could blame them, there’s a lot of businesses are feeling the pinch. Our guys just feel so strongly about getting these players a season so that they can be seen by scouts and get scholarships – they are willing to dig into their pocket to help.”

The schedule will involve regional cohorts, meaning teams will be split into groups of four and will play amongst each other, with a 14-day quarantine period needed for a team to rotate with a new group.

An official exhibition schedule will be released soon.