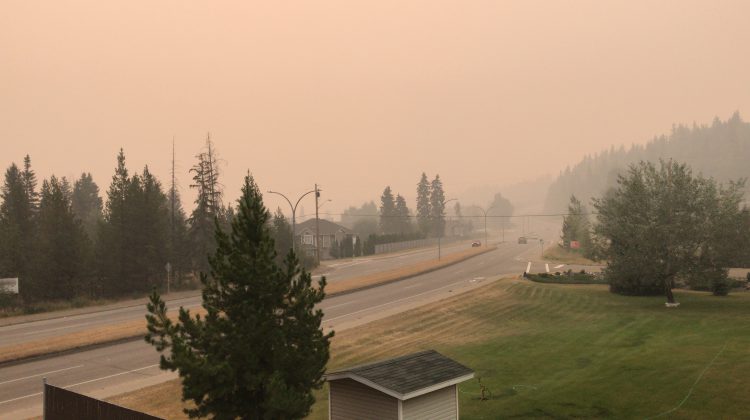 Prince George is one of multiple regions that should be prepared for smoke for the next 24-72 hours.

“Smoke impacts due to long-range transport from wildfires in the western United States have already been observed in some areas of Vancouver Island, the Lower Mainland, and portions of the Interior,” the bulletin cautions.

Modelling indicates the potential for a significant push of smoke throughout most of the province, it added.

“The anticipated smoke trajectory indicates that the areas impacted will grow to the north and east as the weekend progresses with the most widespread impacts expected on Sunday.”

Areas at higher latitudes, such as Prince George, may have smoke passing through the region aloft.

With falling temperatures overnight, temperature inversions in mountain valleys can increase the likelihood of smoke being trapped near the ground.

Localized impacts from the Talbott Creek, Woodbury Creek, and Doctor Creek fires continue to be expected.

The next update is scheduled for September 14.