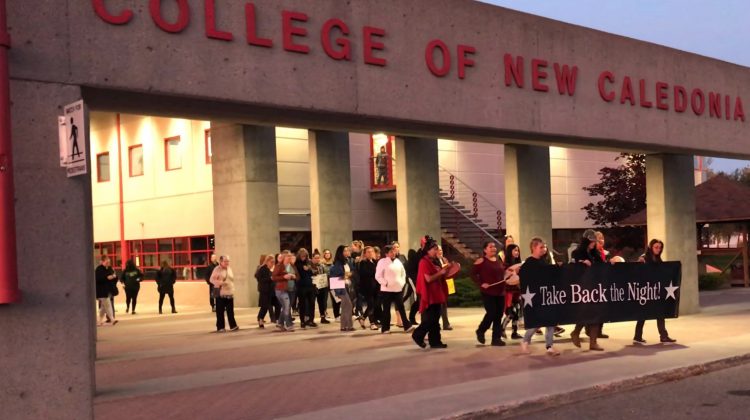 Dozens march from CNC to Highway 97 for 'Take Back the Night' event (MyPGNow.com staff)

The annual “Take Back the Night” event begins tonight (Thursday), and this year it will be held virtually until September 24th.

Take Back the Night’s Facebook page will be hosting speakers, as well as posting community information and protest photos daily.

Cassidy Shuevra, member of the Take Back the Night Organizing Committee explains the event “honours the memory of the women who have not survived violence; celebrates those who have, and demands an end to all forms of violence against women.”

According to Shuevra, the event also pushes people to have important conversations about violence against women in their everyday lives.

“Typically we have the march to protest and make noise raising awareness for violence against women.”

She also noted how important it is for Prince George, in particular, to hold this type of event.

“I think everyone experiences some form of violence and in Prince George, with the Highway of Tears, I think this is a really important discussion to have in our community.”

The event was introduced to Canada on the streets of Vancouver in 1978, and in 1992 the first march in Prince George was organized.