$660-million in tax incentives added to BC economic recovery plan 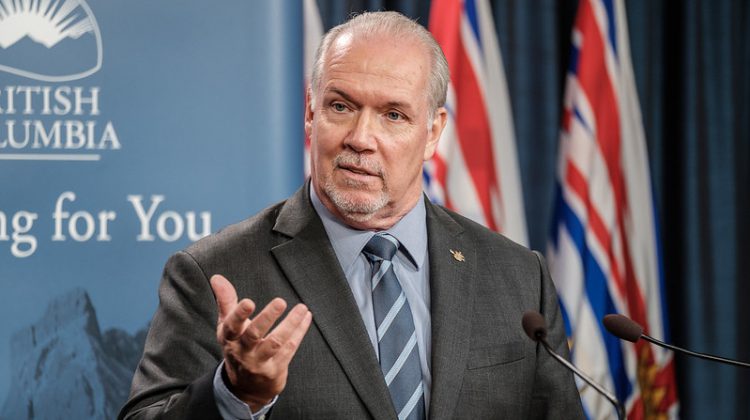 BC government officials announced an update to its economic recovery plan today (Thursday).

The plan includes $1.5 billion in spending measures and an additional $660-million in new tax incentives to support economic recovery.

There has also been an additional $761-million in other COVID-related spending.

“We will continue to invest wherever and whenever we need to,” explained Premier John Horgan.

The goal of the plan is to improve health care, get people back in the workforce, support communities and support job and skill training across the province.

To create more jobs in health care, $3 million has been allocated to create entry-level health care positions, many will not require previous health care experience.

This comes after last week’s announcement of $1.6-billion to support health response and recovery measures.

The Increased Employment Incentive, which is a tax credit that rewards employers who expand eligible payroll from the third to the fourth quarter of 2020, will receive $190-million in funding.

Funding is also being allocated for Indigenous skills training and accelerating the government’s child care expansion to help more mothers get back into the workforce.

1,000 jobs to protect natural spaces and 500 in wildfire prevention are also being added from a number of job creation projects across BC.

The plan introduced a small- and medium-sized business recovery grant to support approximately 15,000 hard-hit businesses, while protecting as many as 200,000 jobs.

$90 million has been allocated in the “Connecting British Columbia” program, which works to provide high speed internet to communities.

There has been $21 million allocated to support the arts and cultural industries and $19 million to diversify their tourism infrastructure in communities.

$1.62 billion in funding has been added to promote a safe restart for municipalities and transit across the province.

“What we’ve been doing is amplifying local needs at the federal level,” explained Horgan, “a new one-hundred-million-dollar community infrastructure plan will help kickstart our economy and get people working.

$117 million of additional funding was announced to support job creation and training in the labour market.

It is to be used for short-term training for in-demand jobs, training for health and human services positions and stimulate the Indigenous Community Skills Training Program.

Horgan describes the investment as a way to, “connect people to in-demand jobs.”

In BC, the labour market has regained 62% of jobs since February, however there 150,000 fewer jobs in August than in February.

The next economic recovery step is projected to be announced in February 2021.