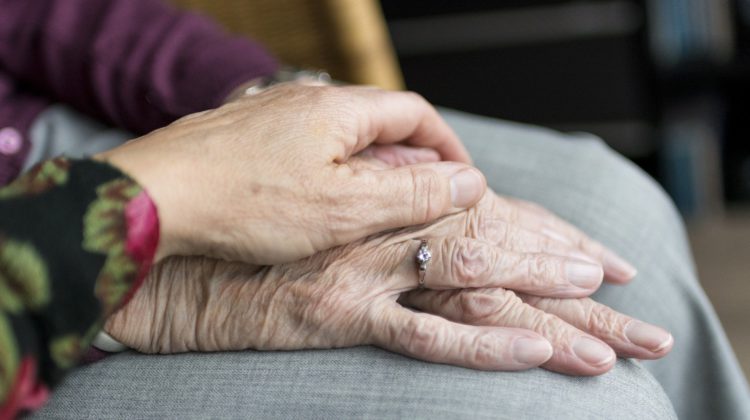 The granddaughter of a local senior is warning the public after her grandmother lost $5,000 and nearly an additional $6,500 in a phone scam last week.

Linda Carter says a woman pretending to be her called her grandmother crying on September 14, saying she had been in an accident for texting and driving, and ended up hitting a power pole.

The caller explained in order for her to be ‘released of the criminal charge for sending other vehicle passengers to hospital’ a bail amount of $7,500 was needed.

When her grandmother questioned the woman on the phone, she passed the phone to a man claiming to be a lawyer who verified the pending court date and need for bail money.

“They worked it out where my grandma was going to send them $5,000 by going into her savings and investments, and I (the impersonator) would come up with the remainder to get myself out,” she said.

The woman begged the elderly woman not to tell anyone, explaining how ashamed she was at having to ask for financial help.

The callers managed to convince her grandmother she couldn’t make the payment through the courthouse because of COVID-19, Carter explained.

The next morning, the man posing as the lawyer called back, saying Carter would be taken into custody again to cover an additional ‘City Hall fine’ of $6,500 to cover the damage to the hydro pole.

However, the second sum wasn’t sent because the senior couldn’t afford the amount.

The calls occurred over the span of two days between September 14-15, before Carter’s grandmother was finally able to make contact with her.

“She left a message on my phone … she just wanted to encourage me,” recalls Carter.

“But, she also said ‘If you like, I can give your husband a ride home because of the expensive taxi fare. We won’t talk about this anymore but I just want you to know the road is not as bleak as it looks right now,'” she said.

Carter called her back demanding to know what was going on, but because her grandmother was sworn to secrecy, she wouldn’t discuss any details.

The only reason the family was able to figure out what was happening, Carter explains, is through the process of elimination.

“We kind of pieced together random tidbits of information and figured out what was going on,” Carter remembered.

“We told her ‘you’re being scammed.’ (…) She had been so worked up emotionally by this point, she swears it took years off her life,” she said, adding police have told the family it is extremely unlikely the money can be recovered.

“Because it was made so personal to her, and because they coxed so much information from her to make it such a personal story, and then to promise to never speak of it again even amongst themselves, It’s so elaborate,” said Carter.

“It’s frightening. I worry that other people will lose much more money than my grandma did that one day.”

The ‘grandchild scam’ is a well known and notorious fraud tactic according to police.

“It’s been going around for many, many years,” explained Corporal Craig Douglass, “It’s not new, but unfortunately it’s new to this person.”

Douglass urges residents to stop and ask the caller who they are, and to contact their financial institutions, in order to confirm if the request is legitimate.

There have been 102 reported frauds in Prince George between July 1 and September 17 of 2020, down from 154 during the same period last year.

“They are difficult. It’s frustrating for us. Talk about it as a family and go to the anti-fraud center website and look at the most recent or common frauds,” said Douglass.

“That way, if you get an email or a phone call you will recognize it as fraud right away.”