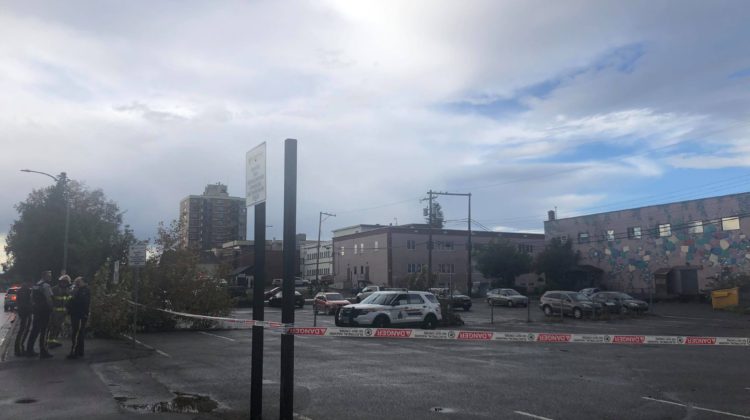 A power outage affecting five customers in downtown Prince George is being reported by BC Hydro.

Currently, Prince Rupert Street near Books & Company is closed to traffic due to a downed power line.

Police on scene confirm a transformer blew near the corner of 4th Avenue and Prince Rupert Street.

A transformer blew up near the corner of Prince Rupert Street and 4th Avenue downtown, police are awaiting BC Hydro to show up and one block on Prince Rupert St is now closed. pic.twitter.com/9T2GlcRkws

After the thunderstorm that seems to have been heard across the city, @bchydro is reporting a small outage in the #CityofPG. Outage occurred at about 4:30, and is currently affecting 5 customers. @mypgnow pic.twitter.com/uK4SsGyoEo