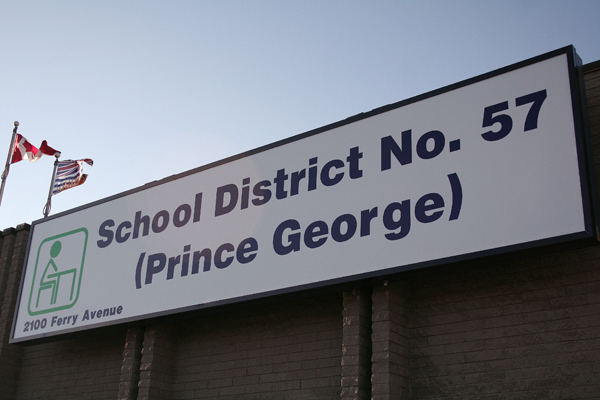 SD 57 made a number of announcements regarding the 2019-2020 Finance Statement Report tonight (Tuesday) at a school board meeting.

“Even before COVID hit in March we knew we were having a tough budget year, and we were challenging our schools to meet budget,” explained Secretary and Treasurer, Darleen Patterson.

A snapshot of the funding presented by Patterson outlined a $5.4 million decrease in financial assets which she adds, ” is primarily due to decreases in cash investments and accounts receivable.”

The snapshot also noted that liabilities increased by $15.3 million over 2020, mostly due to increases in the deferred capital revenue in relation to the new Shas Ti Kelly Secondary building and payroll liabilities.

“Our payroll liabilities have to do with increases in our vacation banks and sick banks as a result of COVID-19,” explained Patterson.

She explained that the Shas Ti Kelly Secondary project also is the main reason why over the past year the net financial debt increased by $20.7 million.

The school board saw a savings of $936,000 last year, which Patterson explained, “there were some savings, but we employed more custodial staff so there were some offsetting costs to savings we might have seen.”

The report also explained that last year, the surplus was $12-million-two-hundred-thousand and this year it is $6-million.

“Though we had reductions in schools surpluses held by schools of approximately $1.8 million, those were decisions made at a school level to spend those dollars in their schools for the students that were in there last year,” noted Patterson.

Over $1 million of the reduced surpluses were accounted for by the new portables at DP Todd Secondary School and Southridge Elementary School.

The surplus was also used for a district-wide wifi project, $400-thousand was used for energy management projects and over $350 thousand was allocated for the Building Stronger Schools Project.

In addition to covering the Financial Report, the committee also discussed implementing changes to the current ‘Winter Weather’ policy.

Part of the policy would mean that during the winter months if a bus is 15 minutes late, students can either go home or take another form of transportation.

During the meeting, SD57 Board Chair Tim Bennett also announced the Shas Ti Kelly Road Secondary construction was on time and on budget.

The next school board meeting will be held on October 27th.