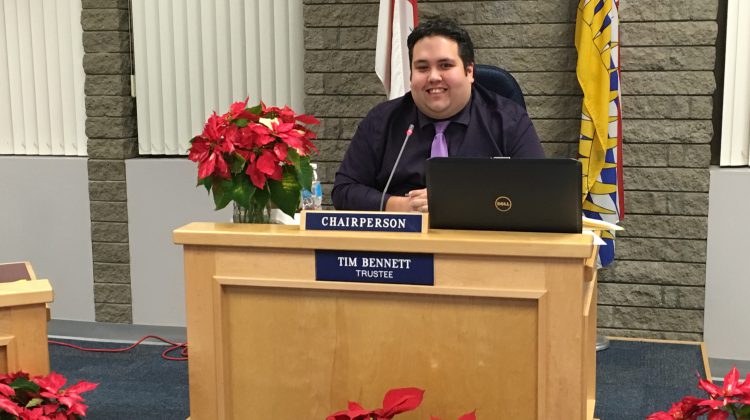 Bennett admitted to previously hearing their request, “this is something that we have had conversations on as a board, we hope to continue these conversations with both nations.”

SD57 is currently being asked to support the proposal, Bennett stated, “ultimately, at the end of the day, the final decision is up to the minister of education and there is  a process that would go through the ministry of education.”

The low grad rates on reservations are a large motive in both Nation leaders pushing for representation on the council.

“Our Indigenous grad rates are not something to be proud of, ” added Bennett, “they have still not even reached 70%.”

According to Bennett, in a regular SD57 school year with normal enrollment rates, on average nearly 450 students self identify as Indigenous, which is over 30%.

He explained, “there is a significant gap between graduation rates of Indigenous and non Indigenous students and we have a long way to go until these rates are even subpar.”

The board plans to meet with both Chiefs in the near future following the requests made.