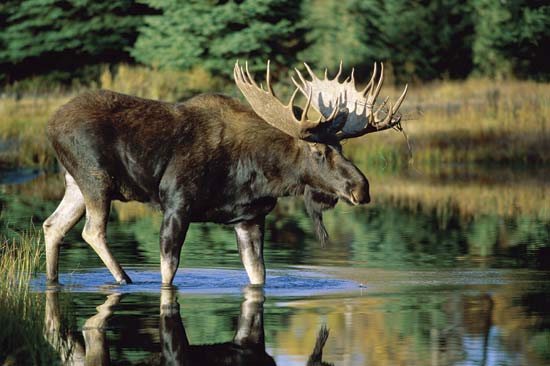 Photo Courtesy of My Cariboo Now

A group of ecology students at UNBC have spent the summer studying moose scat to further understand the moose diet in the Spring and how it correlates to their declining population in the North.

Brendan Carswell, a research assistant at UNBC with a Bachelor’s degree in Wildlife in Fisheries Management was part of the team that worked with Dr.Roy Rea on the study.

“In the last 20 years in central British Columbia, we’ve seen a 50-70% decline in the moose population numbers,” explained Carswell, “which is quite alarming.”

He explains that there is probably a number of complex contributing factors to the decline, but Prince George researches have uncovered that the Pine Beetle salvage harvests in the early 200’s could be one of the reasons.

“Another study that came out a couple of years ago found that a lot of moose appeared to be starving to death,” he added, “when you put the two reasons together, the moose population is in decline but we are still seeing more moose starving.”

He explains that moose shouldn’t be starving because if there are fewer moose, then there should be more food for each individual.

The UNBC research group decided that studying moose droppings and determining their spring and summer diet would indicate if the plant species they eat are still available.

“Right now we haven’t gotten any of the results as we just went out and gathered the droppings in the summer,” noted Carswell.

“When the results of this study come back hopefully next year, they could help inform forest managers that we should be leaving some of the plant species consumed by moose behind,” said Carswell.