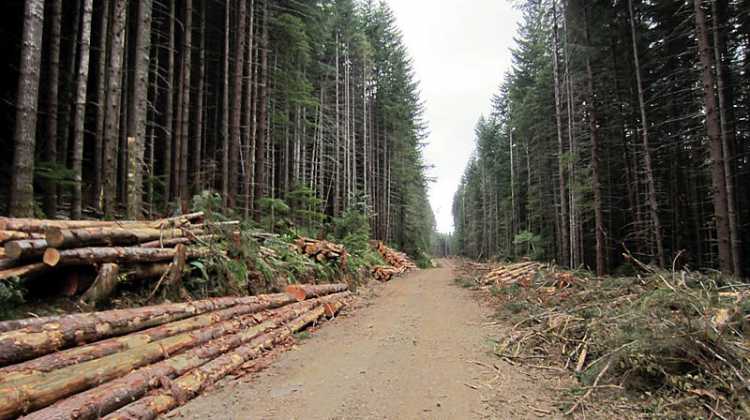 An old-growth rainforest near Purden Lake faces an unknown future, which could harm the livelihood of a local trapper, Don Wilkins.

Pacific Bioenergy has obtained a forest license that covers the whole area.

According to Wilkins, his trapline makes up a portion of the space to be logged.

“You lose that mature timber and you lose the winter range for a lot of animals,” explained Wilkins.

“The whole area has been logged so heavily that the Marten population has decimated. I would guess it’s about 1/50th of what it used to be.”

When old-growth areas are logged off the area becomes very dry, which kills off organisms such as the moss that thrive in a damp environment, added Wilkins.

“The old-growth forests have a certain amount of biodiversity… it has plants and organisms in it that really won’t survive anywhere else.  Some of this old-growth habitat is very crucial for the maintenance of a pelt-y population.”

However, the area to be logged has shrunk considerably, Canfor was initially going to log seven blocks and Pacific Bioenergy was going to log eight blocks.

“I’ve talked to both of them, I had them talk to each other and they’ve cut that back considerably now,” explained Wilkins.

Despite those conversations, Wilkins will not be receiving any compensation despite the logging have a vast impact on his trapline.