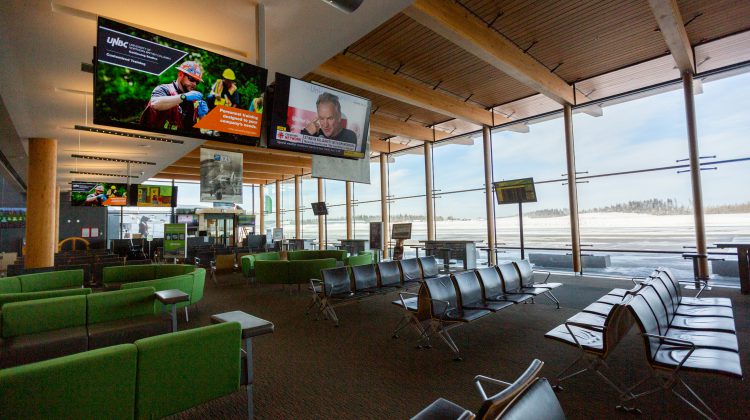 The pandemic continues to hit the airline industry hard in BC, and YXS (Prince George) is no exception.

The Prince George Airport Authority (PGAA) saw a dramatic decrease of 73% in passenger volume in September when compared to the same month last year. 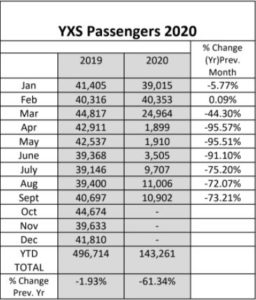 “In April and May where we were down by 96% but the following months have gotten a little better.”

The PGAA doesn’t foresee much change with the coming months and isn’t planning on seeing numbers similar to the 2019 stats for another 3-5 years.

Duke added, “however when I look around the country at other Canadian Airports, Prince George is hanging in there.”

The Authority has also brought back a number of seasonal equipment operators in preparation for winter.

“Air travel is getting safer,” reiterated Duke, “as various levels of work is going into making it better for the travelling public.”

Traffic at YXS for the month of September was down 73% when compared to the same month last year. 10,902 passengers came through YXS, compared to 40,697 in September of 2019. https://t.co/syIiCq0Re5 #cityofpg pic.twitter.com/wspGW503Th

BC residents 60 and up to receive invitations for vaccination appointments