Prince George wakes up covered in a blanket of wet snow 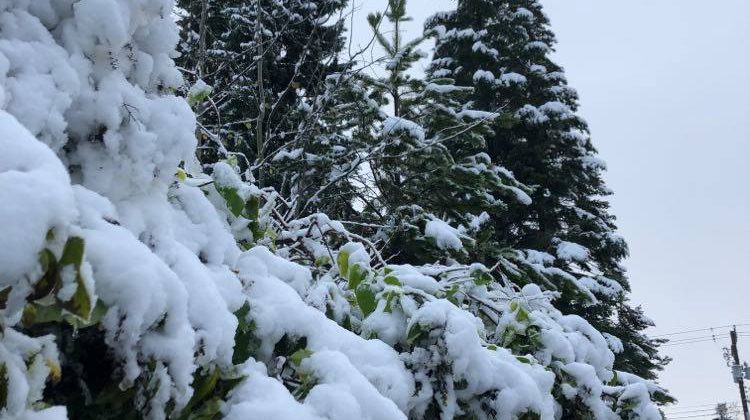 Snow on the trees (Photo by Dione Wearmouth, mypgnow staff)

Prince George saw around 4cm of wet, heavy snow last night (Thursday) and this morning, causing a number of snowfall warnings and changes in road conditions. 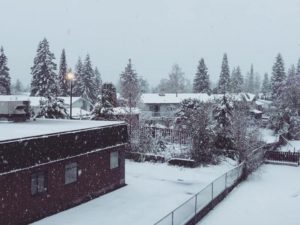 The snow has effectively created a snowfall warning for Pine Pass and Highway 16 East, both roads could see up to 5cm of snow accumulation.

Hartt attributed the mixed conditions of the snow to the temperature hovering around zero, noting, “we’ve seen some wet snow and some of that’s melted and some of it is actually just rain.”

“For the rest of today we do expect this mix of rain and snow to continue,” said Hartt, “but because it is mixed with rain, some areas might not see any accumulation at all today.”

Throughout the weekend, PG can expect some flurries with an especially sunny sky on Sunday.

“A ridge of high pressure is expected to build in, however, it could be a bit short-lived as another system is going to pass nearby on Monday and Tuesday and that could bring another mix of snow and rain,” she added. 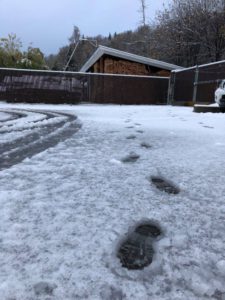