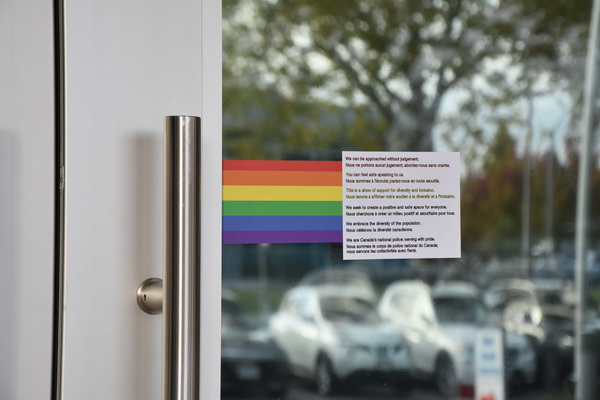 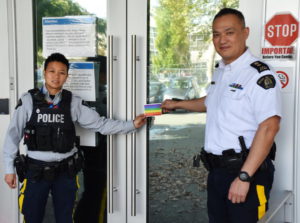 Detachments across the country will be prominently displaying a Rainbow Pride Flag sticker as a reflection of the support it has for the LGBTQ2S+ community.

“Along with the sticker is an explanation of some of the values we are promoting with this campaign,” explained Corporal Ian Henderson.

The Prince George RCMP now has correspondents working on the project as well.

The campaign was created to demonstrate the acceptance, diversity and inclusiveness of the RCMP as a modern employer.

“Some of the values are: we can be approached without judgement, you can feel safe speaking with us and this is a show of support for diversity and inclusion,” explained Henderson.

In addition, Henderson explained that he hopes Project Rainbow can serve as a positive representation of RCMP.

“I think there’s a lot of misrepresentation in the media right now,” added Henderson, “and this is a prime example of the acceptance, diversity and exclusiveness we are trying to promote.”