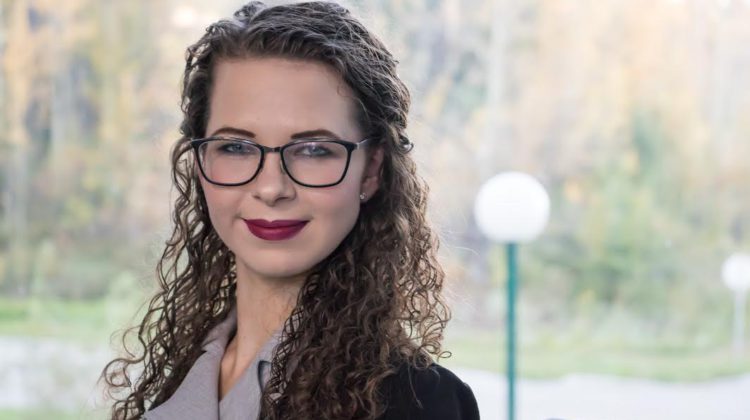 Laura Parent of the NDP has her first provincial election campaign under her belt.

Prince George – Valemount will continue to be held by Liberal incumbent Shirley Bond, who will return for term number six with 56.43 percent of the vote.

Parent followed Bond with 25.95 percent, and despite the defeat, she is in good spirits.

The 21-year-old spent election night at a restaurant with a small group of family and friends, periodically going live on Facebook as results came in.

“It’s been a crazy campaign, with lots of highlights. I got a BC Liberal attack ad, that’s quite a special thing!” said Parent in her final election night broadcast.

While the newcomer wasn’t able to unseat Bond, the whirlwind 33-day race was one for the books.

“When you look back on the campaign, there are so many emotions, so many words that pop into your head. Everything from overwhelmed to thankful, to excited, nervous and scared, and all those different things,” Parent told MyPGNow.

Having worked on campaigns in the past, the UNBC political science student had a general idea of how everything works.

But, when you throw a global pandemic into the mix, it’s a different beast entirely.

For starters, no door knocking, handshakes, or large events; all traditional tools in the arsenal of an election hopeful.

“We were changing the way we engaged with our voters. It was a bit of a challenge, but it kind of pushed us to be a little bit more creative, to think outside the box and to try new methods,” said Parent.

“I have different masks that match different outfits now, which is an outcome I never really anticipated. It seems small, and kind of insignificant, but it is a big testament to the changing world that we are in right now.”

Parent has been involved with the New Democrats now for several years, and she doesn’t see that changing.

“I’m fairly certain I will be around for the next election,” she admits, “Whether that’s on the ballot or behind the scenes, a variety of different levels.”

“You never know when elections happen, byelections, snap elections, these things change every day, so I will be ready and waiting for the next one.”