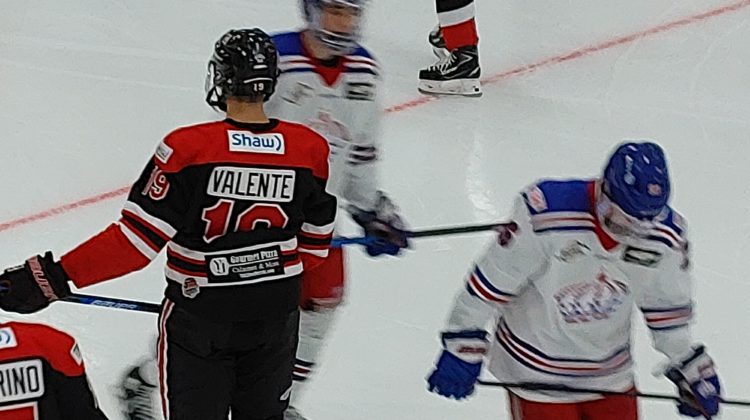 Despite no fans in the stands, it was a welcomed sight to see junior hockey return to BC’s northern capital.

Colton Phillips-Watts of Quesnel picked up the win in net for the Cents.

PG outshot Merritt 25-17 in the contest.

The Centennials lit the lamp twice on the power-play with Grayson Valente breaking the ice in the middle frame.

On Friday, the Spruce Kings defeated Merritt 6-2 on the road.

PG went 3-for-6 on the man advantage.

Jordan Fairlie picked up the win in goal.

The Spruce Kings are back in action on November 7th (Saturday) against the Centennials from the RMCA at 7 pm.

GOAL HIGHLIGHTS | Here are the goal highlights from this afternoon's contest with the Merritt Centennials.#TrueBlue | #BCHL pic.twitter.com/px4rdKc6NC