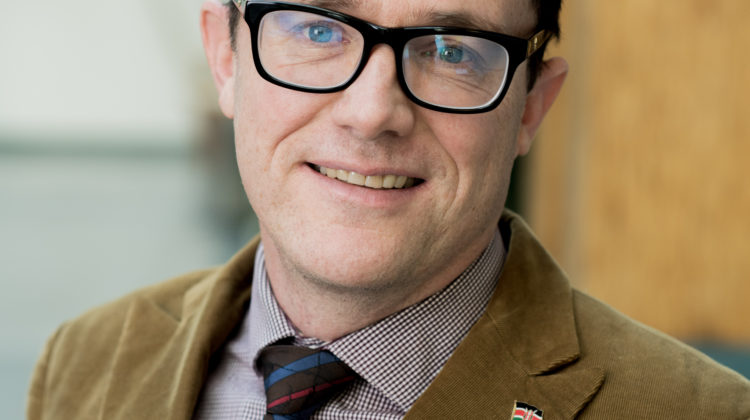 Jason Morris is a political science professor at UNBC. (Photo supplied by UNBC)

Even though northern representatives like Shirley Bond (Prince George-Valemount), Mike Morris (Prince George-Mackenzie), and John Rustad (Nechako Lakes) were re-elected, the party is only leading or elected in 29 seats, fourteen less than the 2017 vote where they had 43.

Morris mentioned the Liberals will still need to undergo a full-scale rebuild following the resignation of Andrew Wilkinson as party leader.

“The BC Liberals are going to have to go to a party convention and seriously think about what to do with their leader but also perhaps consider a name change or a rebranding such as what we also saw in Alberta.”

“The Liberals haven’t been a dominant party we just think that they are because of their reign from 2001 to 2017. We had the Social Credit party right before that, which was a free enterprise solution.”

An NDP majority is being projected as they are leading or in 55 seats while the BC Greens sit with just three.

Morris is of the opinion Premier John Horgan and the New Democrats outsmarted everybody by calling the early vote during a pandemic.

“The NDP did a great job of being crafty and even devious political strategists calling an election in a pandemic, not consulting the Provincial Health Officer about that, catching the other parties off-guard, catching the third-party advertisers off-guard that didn’t have enough time to craft campaigns against them.”

“In general, majority governments bring a lot of certainty and stability for governing and for also policy-wise where British Columbians can get what they expect. The difference is we have a province that is divided up along territories and it would be challenging for a government to not be seen catering just to Vancouver Island and the Greater Vancouver area.”

Starting today (Monday), election officials will begin to count tens of thousands of mail-in ballots, a process that could take a couple of weeks.