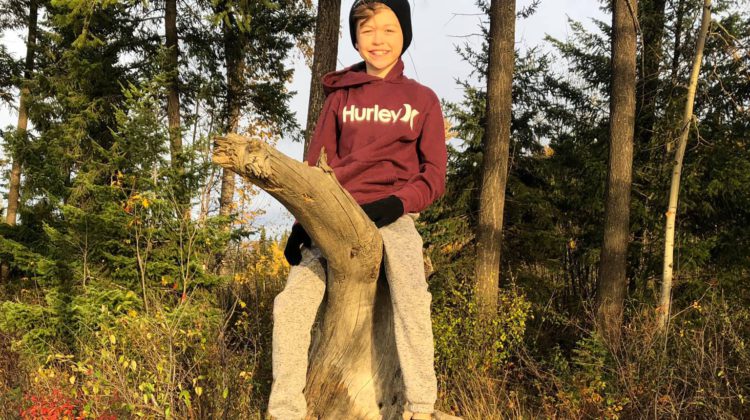 A local boy is being hailed as a hero after remaining calm, cool, and collected under pressure. 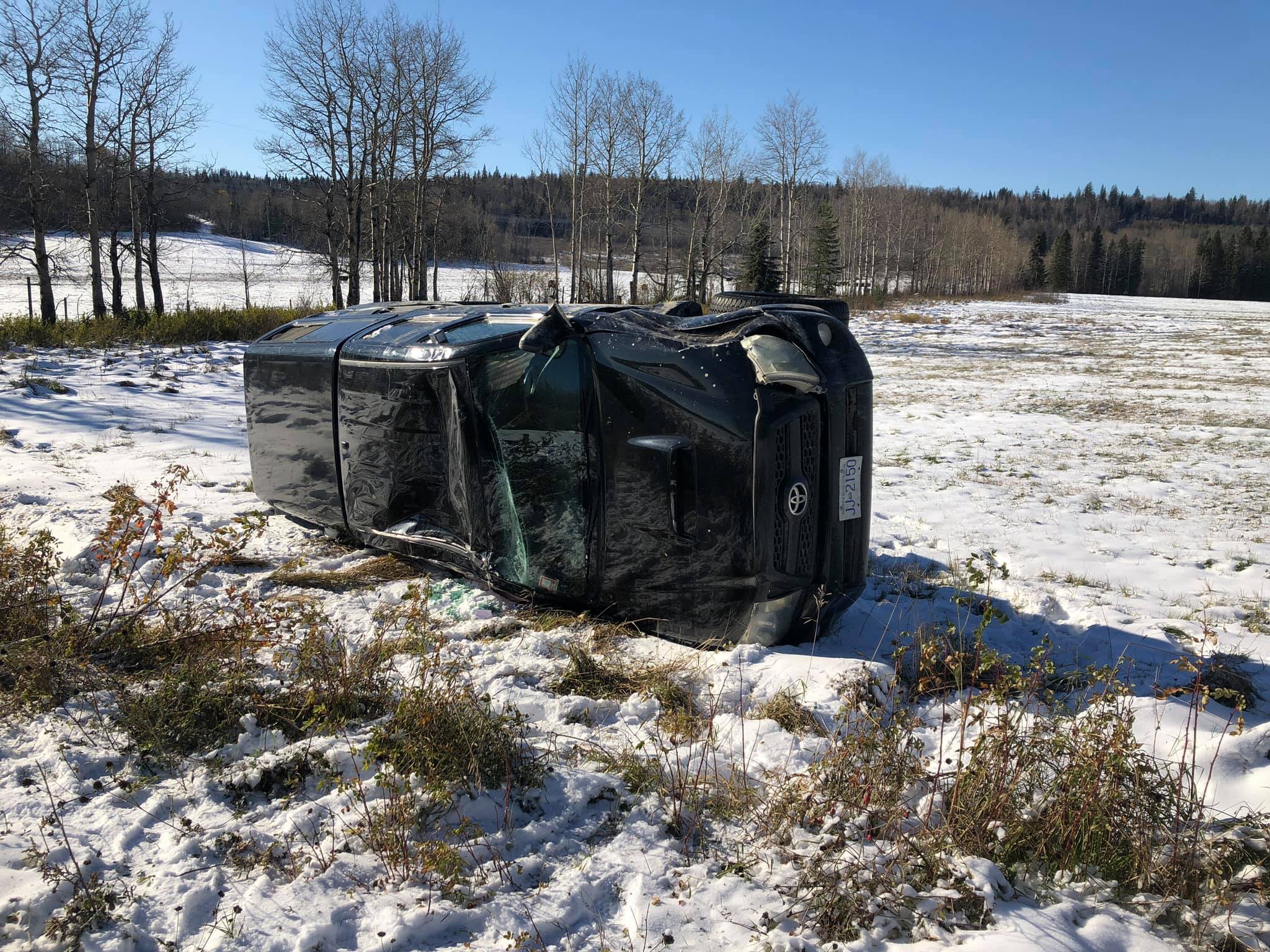 11-year-old Finnley ‘Finn’ Goddard was able to help his family out of their vehicle after a weekend car crash, just outside of Hixon.

The family was driving on a backroad, covered in thick, compact snow.

They went to take a tight corner, and couldn’t make it; the car ended up rolling off the road into an embankment.

“When we were rolling it was in slow-mo,” Finn told MyPGNow, “I heard the snow crunching outside, and you could hear everything breaking.”

“The change, and pens and everything that was loose in the car. You could hear that go everywhere. That’s how the slow-mo felt. It was loud. but after it was very quiet.”

Finn’s mother Kristi and younger brother, Oliver (8) were pinned on one side, and Finn’s father was unable to open the door from the driver’s seat.

Thanks to some quick thinking by the eleven-year-old, everyone was able to escape the vehicle safely.

“The doors were heavy. When I tried to push it up the first time I couldn’t get it to go up,” he recalled.

After two tries, Finn was able to open his door, before helping his brother leave the car.

“I just saw him and thought, you have to stay calm otherwise you’re not going to get out. The person who is (normally) calm like my dad, if he wants to get out, his door is stuck. It’s only me,” said Finn.

“I just told him to unbuckle. He stepped out, and jumped down and did what I told him to do.”

Once Oliver was safe, Finn went back for his dad.

“I tried to get my dad’s door open, but it wouldn’t open fully because of the dent, so I had to hold it open halfway.”

Kristi was in a trickier situation.

“I was in a full-on panic attack and his sweet, soft words snapped me out of it and he kept saying over and over again, “Mom, you can do this, you gotta get out,” she said.

“I just held the door. She wasn’t doing anything, she was just sitting there, so I calmed her down and dad got her out with someone else,” Finn added.

After everyone was completely out, Finn returned to the vehicle to grab the family cell phone and turn the car off.

However, he did sustain a few minor injuries, cutting his hands on some glass.

After a trip to emergency for a check-up, the family returned home to unwind from the day’s events.

“I sat on my computer and played video games all night,” Finn smiled.