‘Nice to have something set in stone’: Former Cougar signs NHL extension 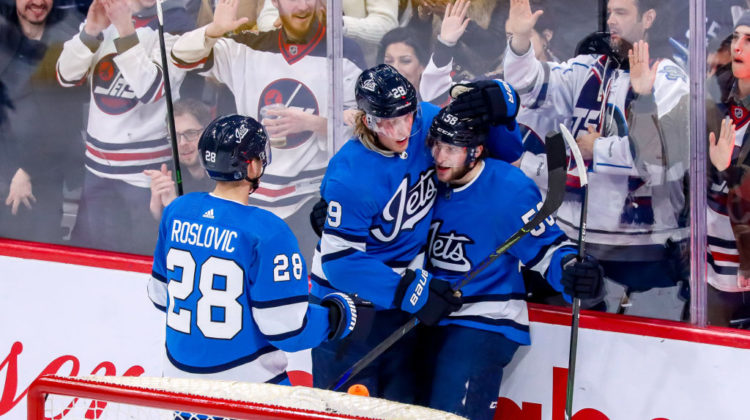 The Prince George Cougars all-time leading scorer is ready to cement his spot in the NHL.

Jansen Harkins has inked a two year deal with the Winnipeg Jets, with an average annual value of US $725,000.

After an unusual postseason, the North Vancouver product says everything is starting to come together.

“It’s exciting right now, but it’s pretty uncertain if we are going to get going again, soon or when, or how,” Harkins told MyPGNow.

“It’s nice to just have something set in stone. I get a little bit of security back in my life.”

Harkins has returned to his hometown of North Vancouver for the offseason, using the break to catch up with friends and family.

“It’s been a little strange,” he explained. “Usually we are back home in the summertime, so it’s weird being here when it’s getting cold and rainy. Definitely getting used to that again.”

The 23-year-old forward suited up for the Cats for five seasons between 2012 – 2017, scoring 242 points,  firmly establishing himself as the franchise all-time points leader.

Drafted 47th overall by the Jets in 2015, Harkins made his big-league debut last season, tallying two goals and five assists in 29 games.

Before he pulled on a Jets jersey, Harkins also saw action in 30 games for the Manitoba Moose, recording seven goals and 24 assists.

“It wasn’t a normal playoff atmosphere. Even playoffs when you’re not in the NHL, there is still a lot of noise and fans. You can only imagine what it would be like at that level,” said Harkins, “Obviously, it wasn’t totally what I expected but I was just happy to be there. Getting some games in was pretty awesome.”

“I was also playing in an empty arena for the first time in a while. That was strange. But once you get through the first shift, it kind of settles down, and becomes the same. Not quite as fun without the fans.”

Having an empty arena did help with the pre-game nervousness, he added.

“Just because it was a bit quieter. It doesn’t seem like a game at first, it’s more like a scrimmage or a practice when you first get out there, with it just completely empty and quiet,” said Harkins.

“You can definitely kind of tell the cameras are on and everyone is playing full speed, so it doesn’t get long to get into the full swing of things.”

To compensate for the lack of fans, the TV broadcasts used artificial crowd noise on the feed; something Harkins didn’t know until after he returned home and watched games himself.

“I watched a lot of hockey when I got back, and as far as I know, at least when I was there, there wasn’t any crowd noise being pumped through. That was all kind of added in at the end,” he recalled.

“You can imagine if there’s no crowd noise, how quiet it would be. That’s what we experienced.”

His first NHL playoff goal was August 3rd against the Calgary Flames; where he opened the scoring.

“The aftermath was just sort of a whirlwind. You kind of just have to get ready and go out and play another shift. There wasn’t too much time to really celebrate it or take it in,” said Harkins.

“The moment you see the puck go in, that’s the best moment you can get. That’s what you play, and train and keep playing hockey for. Those moments.”