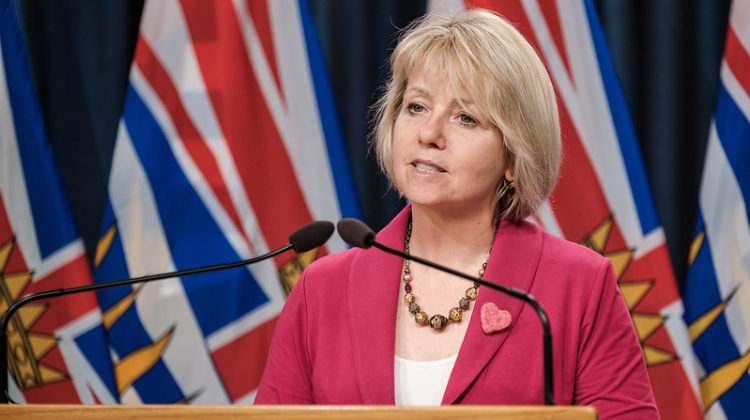 The province has reached 14,109, with 7 cases identified in Northern Health, the regional total has reached 406.

“Thanksgiving has tragically lead to an increase in the numbers of cases of COVID-19,” explained Provincial Health Officer, Dr.Bonnie Henry.

86 people are in hospital with 24 in ICU, one is in Northern Health.

374 people have recovered in the region, as the recovery rate reaches 92%.

As 5,714 people remain under active public health monitoring, 11,448 have recovered keeping the provincial recovery rate at 81%.

One more person has died in the Fraser Health Authority, a woman in her 80’s who contracted the virus from a birthday party that had less than 10 people, the provincial death toll has reached 262.

There have been no new community outbreaks, however, Dr.Bonnie Henry shared concerns about the upcoming Halloween weekend.

“There will be no Halloween parties because many of the things we do at parties and celebrations like talking, hugging, eating and drinking indoors are much riskier, particularly now,” warned Henry.

Henry added that indoor activities are increasingly dangerous, and with the fall weather bringing more and more people indoors, it is more important than ever to remain COVID-19 conscious.

“Trick-or-treaters are reminded to give others the space to stay safe and to respect those homes that are choosing not to participate this year. And we remind everyone that there is a provincial health officer’s order limiting the number of people who can be in your home to your household, plus no more than six,” she added.

#CovidBC update: 234 new cases since we last reported for a total of 14,109 cases in BC. https://t.co/2OZzXt7l4o pic.twitter.com/rdBifAqHnx