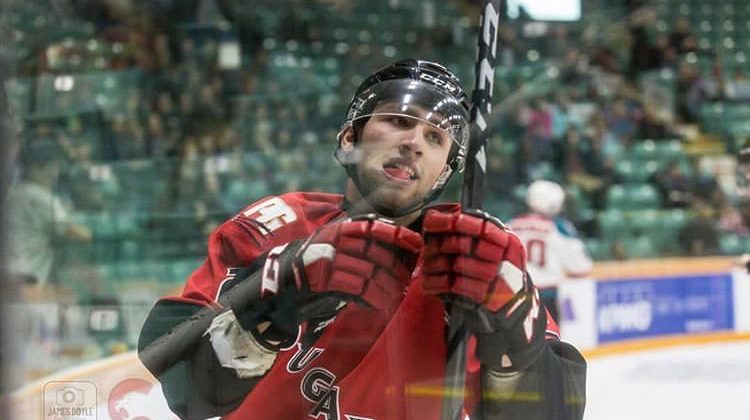 The Prince George Spruce Kings have added defenseman Cole Moberg to the team, on loan from the Cougars of the WHL.

The team has also announced defenseman Tanner Main has suffered a fractured fibula, and will likely miss the next 12 weeks.

The 20-year-old Moberg is a 7th round draft pick of the Chicago Blackhawks and is heading into his 4th season with the Cats.

The North Vancouver product finished with 13 goals, and 24 assists in 58 games played with the Cougars last season.

This made him second in team scoring, leading all Cougars defenders in goals.