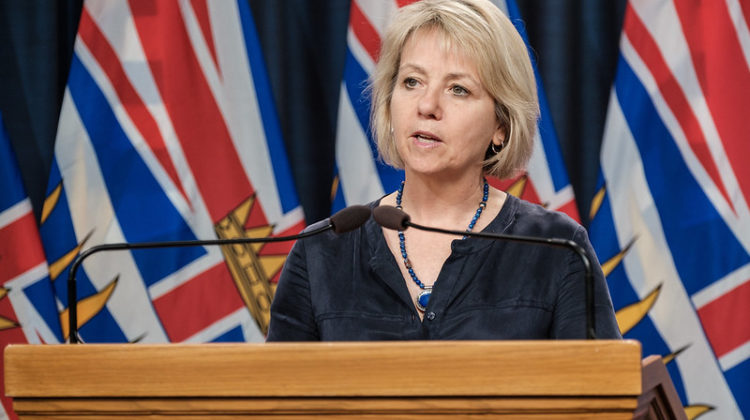 COVID-19 case numbers continue to be record high, after 762 infections were reported in a single day.

This breaks yesterday’s (Tuesday) record of 717.

The Northern Health region saw an additional 13 cases, marking a total of 552, with 75 active.

130 cases have been found in the region since November 1.

Meanwhile an additional ten patients have died from the virus, for a death toll of 320.

This, after eleven people died yesterday.

“We have seen a rising number of new cases of COVID-19 across the province and we need to slow this down. We need to put the brakes on the virus and doing this requires a sustained effort by all of us,” said Provincial Health Officer Doctor Bonnie Henry.

“This second surge is putting a strain on our health-care system, our workplaces and us all. We need to ease this pressure so we can continue to manage the virus in our province and also continue to do the many activities that are important to us.”

The hospitalizations continue to rise as well, 209 people are in hospital, up eleven, and 58 are considered critical, a decrease of five.

“While your personal efforts may seem small or having little impact, the collective benefit to every community in every region is significant. Our safety layers are there to help protect us and they work best when we are all using them, all of the time,” Dr. Henry said.

“Now is the time to stay small, stay local and do your part – at home, work, school and in your community.”

There are 9,871 people under active public health monitoring as a result of being exposed to a known case.

The recovery rate is 69.2 percent.

A second long term care outbreak has been reported in Northern Health, at Peace Villa in Fort St. John.

“At this time, there is no evidence of transmission of illness among staff or residents within the Peace Villa facility. As a precaution, NH Medical Health Officers have declared a facility outbreak, based on the criteria for declaring an outbreak in long-term care settings,” said the Health Authority in a release.

An outbreak was previously declared at Rotary Manor in Dawson Creek, where two men have died.