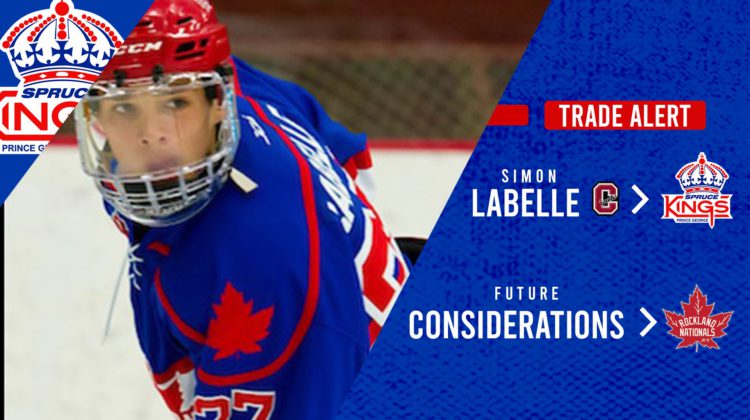 The Prince George Spruce Kings have acquired forward Simon Labelle from the Rockland Nationals (CCHL) in exchange for future considerations.

Labelle was playing in New Jersey to begin this season, so he is quarantining at home in Ottawa for 14 days and expected to join the Spruce Kings later this month.

The Ottawa product is also committed to play Division 1 Hockey at Colgate University.