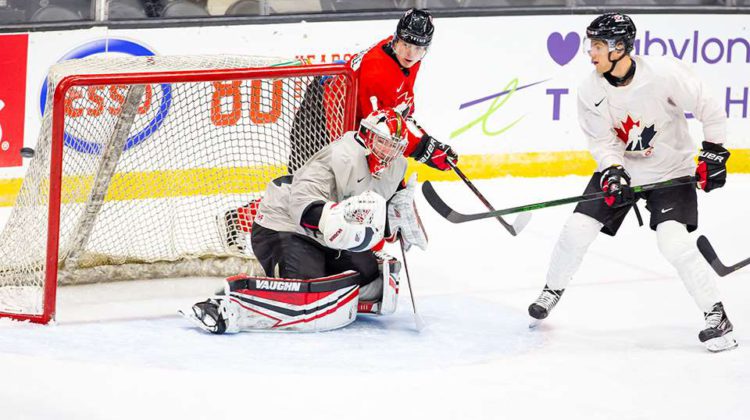 (Taylor Gauhier of the PG Cougars will suit up for Canada at the World Juniors. Photo supplied by Hockey Canada)

Taylor Gauthier will be dawning the maple leaf for Canada for a fourth time.

The 19-year-old has been named to Hockey Canada’s roster for the 2021 IIHF World Junior Hockey Championship.

“We are very proud of Taylor and this recognition is well deserved,” said Cougars’ General Manager & Head Coach Mark Lamb.

“This is a prestigious tournament with a rich history and him being one of Canada’s goaltenders is a reflection of his growth, as a player and person, in the last couple of seasons.”

Gauthier previously suited up for Canada, having played at the 2019 IIHF World Under 18 Hockey Championship, the 2018 Hlinka Gretzky Cup, and the 2017 World Under 17 Hockey Challenge.

He won a gold medal with the men’s national team at the 2018 Hlinka Gretzky Cup in Edmonton.

Gauthier becomes the seventh player in Prince George Cougars’ franchise history to play for Canada at the World Juniors.