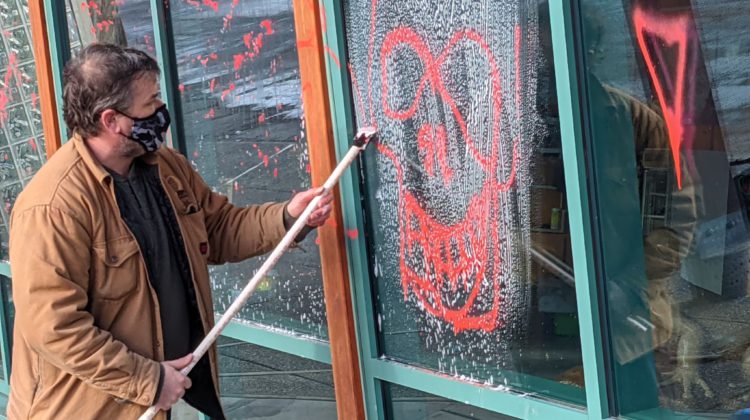 Staff at the Exploration Place in Prince George is reeling after the facility was vandalized over the weekend. 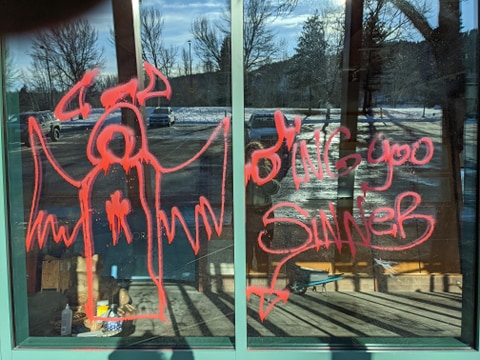 According to CEO Tracy Calogheros, the incident occurred at 6:40 pm on Saturday.

“Sunday morning, one of my staff was in early to feed the animals and she sent pictures, she was heartbroken and we were of course upset and went to deal with it. We are all having a rough enough go of things right now, businesses and non-profits alike as well as individuals so to have to deal with needless, pointless vandalism is really disheartening.”

The RCMP launched its investigation shortly after but Cst. Jennifer Cooper stated laying charges will be a tough task.

“The video surveillance, unfortunately, is not able to show us anything distinct enough other than a generic clothing description about whoever it was who did the graffiti. At this point, we are relying on members of the public to come forward with anything suspicious that they saw on that evening,” said Cooper.