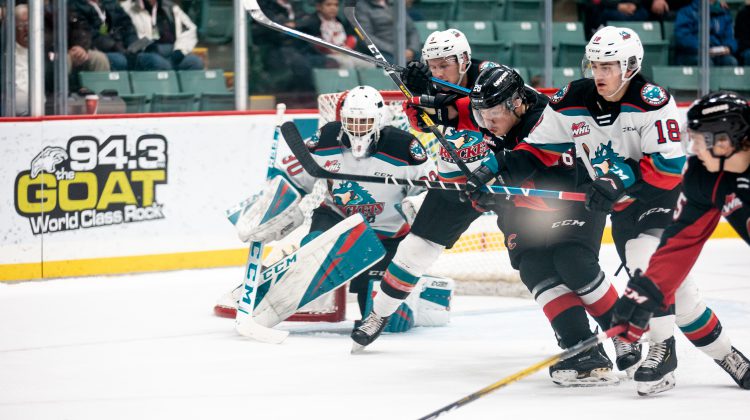 Once the WHL season finally gets underway, where will the Prince George Cougars play?

Lamb added the players are eager to hit the ice after nearly a year off when it comes to game action.

“I think it’s wide open to see if we will be playing games here or on the road or in a bubble-format. We don’t have an exact date yet as to when we are going to start playing so that is still up in the air but we do have a commitment from the league that we do have a 24-game schedule.”

While the world continues to operate at a snail’s pace due to the pandemic, many have wondered who will be paying for the WHL’s return to play plan?

Cougars Vice-President of Business Andy Beesley mentioned the team’s ownership group is footing the bill for all expenses.

“They are shouldering the entire cost. For sure, when the players come to Prince George they will be put up with billet families, which we pay for, there is a tremendous amount of PPE and testing that we are on the hook for and assuming that we are going into a bubble-type concept, wherever that may be, there will likely be hotel rooms, meal costs, player equipment, and staffing.”

Beesley added the move to an abbreviated 24-game season came as a bit of a surprise, given the schedule and start date are not known at this time in addition to the current health restrictions being extended until February 5th.

“It’s kind of saying we admit we don’t know when or how exactly it is going to happen, we just know it’s going to happen and even with no fans or ticket revenue the owners have agreed to make it happen.”

When asked what ideas are going to be tossed around for a playing schedule, Beesley expects it to be weekend-centric.

“The answer is probably doubleheaders or three in threes, obviously we are going to want to be as efficient as possible. The initial thoughts from the health authority are that they want us to have some space in between the weekends, so it’s unlikely we are going to have weekday games and the reason for that is it allows the teams to have their games on the weekends and if there are any medical issues or concerns there is a buffer of four or five days in between to allow for decisions to be made.”

Lamb feels the proposed structure is a long enough window for the players to be evaluated by the respective club and scouts alike.

“Twenty-four games is a good development so you can do a lot with that. If we have to play in March, April, or May it is still within the year and you are still going to get your development in. It’s going to be at least 24 games, you never know what can be tacked on at the end.”

As for the playoffs, Lamb said the bridge will be crossed when all WHL clubs get to it.

“That’s too far away under these circumstances, we are committed to a 24-game schedule.”