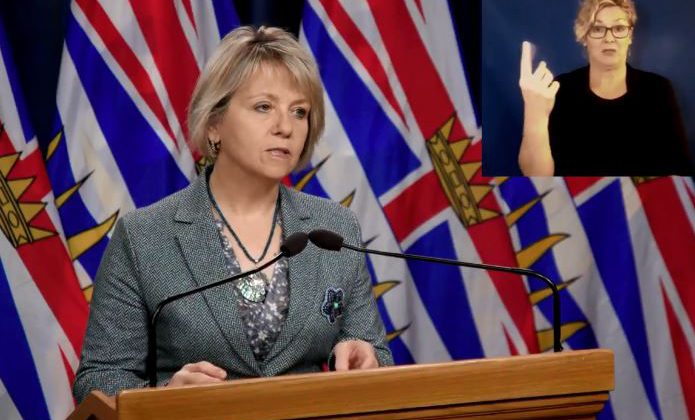 22 British Columbians have died from COVID-19 over the weekend, marking a grim milestone in the province’s pandemic history.

Health Minister Adrian Dix confirmed five of the 22 deaths occurred in the North.

Two of those are associated with Jubilee Lodge in Prince George, where the death toll is now 14.

42 people have died from the virus in the north.

173 of the 1,475 new infections found in B.C. have been attributed to the health authority.

There are a total of 58,107 positive cases province-wide with 2,560 in Northern Health.

A community exposure alert has been issued for Canim Lake, near 100 Mile House.

Dr. Bonnie Henry says more details will be revealed about the rollout after March, adding frontline healthcare workers and those with pre-existing health conditions will be given priority.