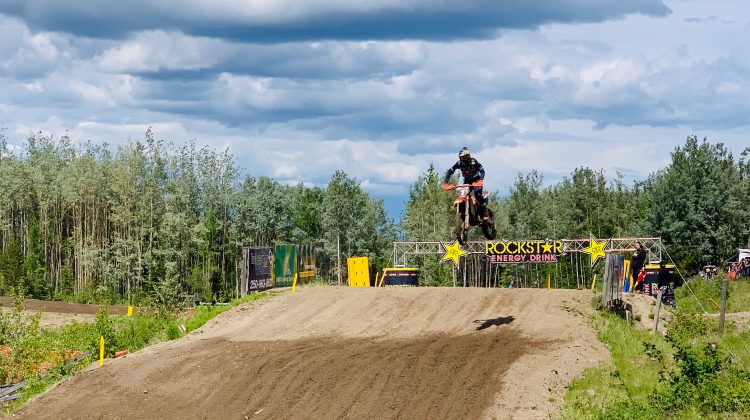 Jess Pettis during Round 2 of the 250 Triple Crown race at Blackwater Motocross Park in Prince George. (supplied by Christine Midgley)

Jess Pettis of Prince George is only three days out from starting his next supercross season at the 2021 Monster Energy AMA Supercross Series in Houston,  Texas.

“I’m excited, I get to be the only Canadian down here doing this series so it’s exciting for me and Canada, hopefully, I can represent PG well and go out and do my best,” said Pettis.

He’s currently in Orlando Florida and has been training down south for the past two months.

“I feel a little bit of relief, the season is just starting now but I feel like the hardest part of it’s been the last two months of hard training and working hard day in and day out,” he noted, “now it’s time to see the hard work pay off.”

“I’ve spent a lot of time down in the states but this is definitely on the biggest scale, it’s kind of equivalent to the NHL but with Supercross,” he noted.

He earned his first top-five finish in 2019 in San Diego.